Lungs of a healthy person

The contaminated exhaust air, Smoking and other factors have practically irreversible effects on the lungs. Adapting, the body changes its form and ceases to resemble your healthy prototype. 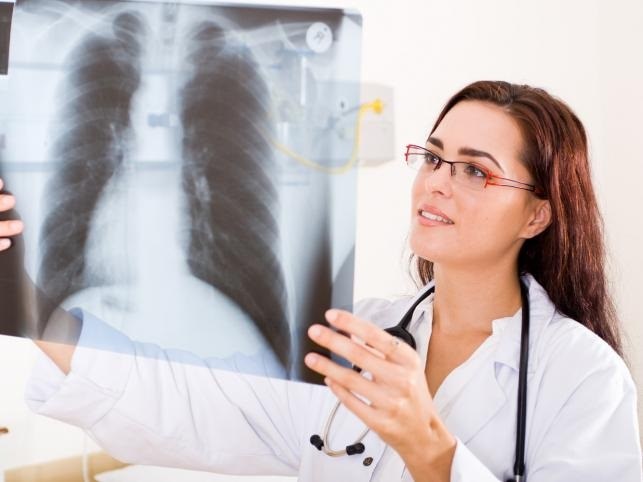 In reality, to see the image in my own lungs, unfortunately, impossible. Only after the autopsy the pathologist can reveal this "secret". Neither the x-ray nor x-ray does not give full representation about the appearance of this essential organ like the lungs. The x-ray beam passing through the body without going through tissue and organs, is able to capture only the differences in their density and structure.

However, science has data about what must be the lungs of a healthy person. Drawings of healthy organs can be found in any textbook on anatomy. Normal lungs are composed of elastic and porous fabric, the color is barely pink. Their color is uniform and devoid of dark or black spots.

Why would a man light?

Lungs in the human body are the site of gas exchange between blood in capillaries and air. Lungs - respiratory organ, through the blood saturating the body with vital oxygen and removing carbon dioxide. But other than making the breath from lungs and secondary functions that are characterized by diversity.

Analyzing the result of fluorography of the chest, the doctor drew attention to the presence or absence in the picture dark or, conversely, bright spots. Moreover, healthy lungs should not have neither one nor the other. To doctor revealed the shortcomings of a reason to conduct a more detailed inspection, but for diagnosis of chest x-ray is not enough.

Radiography is considered to be more informative procedure, compared with chest x-rays, podmechayut deformation in the lungs. In a healthy individual x-ray light is light that is a sign of a presence on the air. X-rays will also reflect the line of the ribs in the picture transparent white color. In addition, in the picture are shadows of blood vessels. A chest x-ray of a smoker, in contrast, will show dark spots of the place, poisoned by tobacco.

Lungs of a smoker

Inhaling tobacco smoke, a smoker exposes their lungs to the test. Nicotine, tar, and hydrogen cyanide with every puff fall into the breathing body and remain there forever. Settling in the lung tissue, they painted it black, clogging pores. At autopsy the lungs of a smoker have a nasty black color. Body as if covered with tar spots. And, depending on the degree of commitment the habit, your lungs become gray and even black.

These changes not only spoil the appearance of the lungs, but do not allow them to fully function. Develop chronic pneumonia. So smokers with the experience often complain of shortness of breath and cough.
Is the advice useful?
See also
Присоединяйтесь к нам
New advices