How to understand the results of photoroentgenography

Fluorography of the chest is examination of the heart, lungs, bronchi and blood vessels of the chest using x-rays. This is a necessary examination for all adults, and need to pass it once a year. 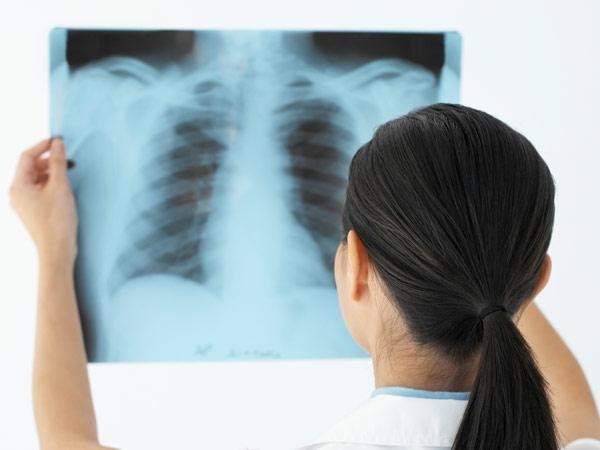 Read more about the method

Fluoroscopy allows sufficiently informative to examine primarily the lungs. To undergo this procedure once a year, absolutely not dangerous, because modern devices for digital x-rays give a very small dose of irradiation, which explains the superiority of this diagnostic manipulation in comparison with the standard radiographs.

With this examination it is possible to identify such dangerous diseases as tuberculosis, malignant tumors, pneumonia, emphysema. Also in the picture you can identify bronchial disease (bronchitis, asthma) and heart diseases (pericarditis, cardiomyopathy).

Visually on fluorograms defined light and dark areas. It depends on the degree of absorption of organs and tissues of x-rays. So, bones, heart, and bronchial tubes in the picture look light and tissue light — dark, because they contain a lot of air.

In the description of the picture the radiologist draws attention to the structure of the lung tissue: the degree of saturation of the air (pneumatization), homogeneity, presence of pathological inclusions. In the description of the bronchial tree is estimated figure of the bronchial tubes, their permeability, the presence of formations on the walls. When assessing the heart shadow, the doctor looks at the size of the heart, its location, density and thickness of the walls of the heart and blood vessels.

Interestingly, the bright areas on the x-ray is called a shadow or dimming, and the dark, respectively bright areas. This terminology stems from the fact that at its core the x-ray is negative, and so it is all the "opposite".

What can we learn from the x-ray picture?

Focal change is the small area of darkening on the x-ray picture. If they are located in the upper lobes of the lung, the doctor suspects tuberculosis, and if at the bottom, under suspicion will be bronchial pneumonia. But we should not forget that cancer can affect any lobe of the lung. Also as the foci can be described in SFL — obyzvestvleniya parts of the lungs. Rather, this, this place started to organize the pathological process, for example, tuberculosis, but the body is "neutralized" it with a shell of calcium.

With extensive blackouts in the lower lobes of the lung means a severe pneumonia that affected a large part of the lung.

This is the most common pathology that can be detected on fluoroscopy. So you need to be screened regularly: it will not take much time but will help to save your health!
Is the advice useful?
See also
Присоединяйтесь к нам
New advices