As HCG increases in pregnancy

Human chorionic gonadotropin is a hormone that begins to be produced in the woman's body immediately after a fertilized egg embeds itself in the uterine lining, and pregnancy can be considered valid. At first, the amount of this hormone so small that to prove its existence only by means of a special blood test, but every day its concentration is increasing. 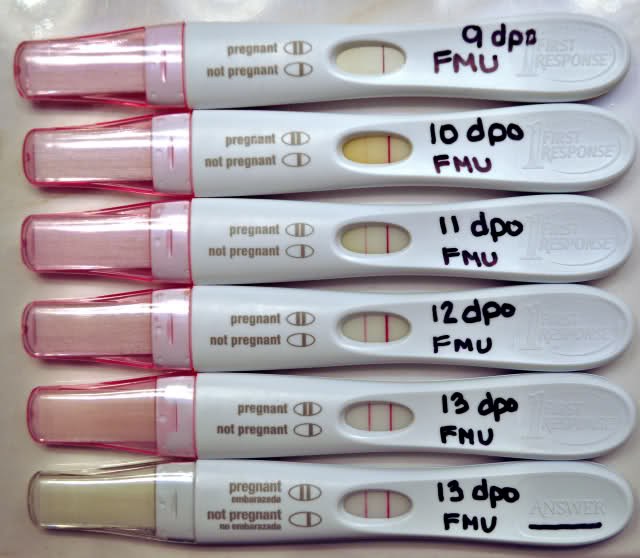 In the body of non-pregnant women HCG is either absent altogether or present in such small quantities (less than 2 mIU\ml) that its value can easily be neglected. But it's worth it to be pregnant as the situation cardinally changes. Already in 6-9 days after fertilization, the concentration of the hormone in the blood reaches this magnitude, looking at that, you might suspect the onset of
pregnancy. The concentration of HCG in the blood rise very quickly, it increases every 2 days at least twice and after 1-2 weeks after fertilization, i.e. 3-4 weeks after the start of the last monthly bleeding, reaches the value of 25 mIU\ml and more. Between 8 and 12 weeks the concentration of hormone in the blood reaches its maximum and can go up to 289000 mIU\ml, and then decreases gradually and remains low until birth, after which HCG again disappear from the blood almost completely.

The rise of HCG in a woman's urine occurs in a similar scheme with the only difference that its concentration is always lower than blood, so the usual tests from the pharmacy to establish the fact of pregnancy is somewhat later, for about a week, that is just by the time delay of the menstrual cycle.

From this table it can be seen why steel possible things, when the woman has a nice belly as a joke or seriously checks my urine pregnancy test and gets a negative result. The test does not look at the stomach, it determines the concentration, and by the end of pregnancy, it can decline so much that it is not enough to trigger the test reagent.

You can also see that the scatter of the values in the table are quite high, therefore, based on the analysis, to determine the exact duration of pregnancy is quite problematic. That is 10000 mIU\ml can be defined as the end of the 5th week and beginning of 8-9. This means that to determine the period it is better to use some other method, such as ultrasound.
Is the advice useful?
See also
Подписывайтесь на наш канал