Heroes tales of dunno who they are

The protagonists of the famous trilogy N. Nosov, "the adventures of dunno and his friends" began Shorty – fabulous men growth of a cucumber. The writer gave the characters distinct personalities, so that even small children understand: one character is greedy, the other a glutton, a third bore and a whiner, fourth – ignorant who fall because of ignorance and arrogance in a ridiculous situation. 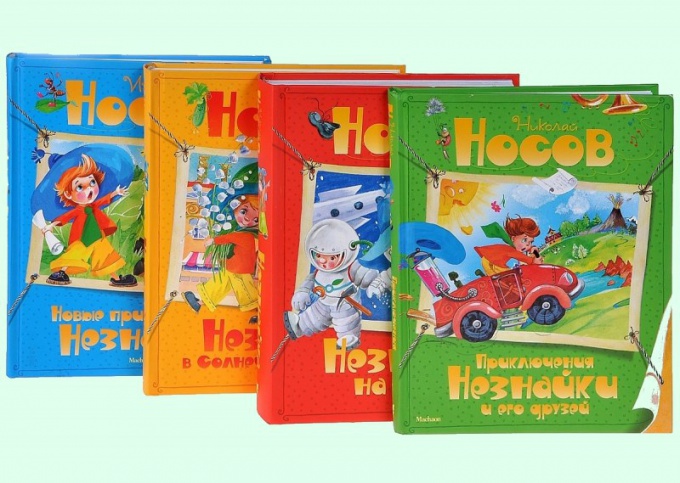 Related articles:
Instruction
1
The protagonists of the first part of the book were the short people living in the same house on the street of Bells – dunno and 15 of his neighbors. Dunno lazy, likes to learn, but very curious and active, what with him constantly troubles. His opposite – znayka, serious little man with glasses and a suit who knows a lot, constantly learning and always good considering their actions. Perhaps this is the only character who looks like a grown man.
2
The others are acting very childish, despite a serious profession. For example, Dr. pillman practices "punitive medicine," prescribing offended him dunno castor oil at night. In this house live the Tube artist and musician Guslya. The latter plays many instruments, and a Tube of very good draws. Otherwise, it is ordinary kids who love to play tag and hide and seek, fight and make peace with each other.
3
Shorty Donut and Vrapcici – gluttons and greedy. For example, children should understand the consequences of excessive eating of sweets. Growler – classic grumpy and boring that pessimism spoil the mood of others. Goof Restorana shows readers how important it is to be organized and precise, so as not to find at the last moment clothes and not freeze in a balloon without caps. With Tropiikki accidents happen due to the fact that he is hyperactive and can't concentrate. Example brothers Shopping Nebeski needs to teach the boys what serious consequences can result in rash actions and the habit to rely on the case. Shorty silent – a typical phlegmatic, which is not proactive and will not go anywhere and speaks only when spoken to.
4
Important busy Vintik and Shpuntik – a sort of activists circle "Skillful hands", intelligent and hardworking little people. They have been repairing appliances, doing car and help the Smartypants implement its research projects. While they are active and curious – a good example to all readers. Live in the house also hunter bullet with a dog Bulka, dunno which sometimes goes on the hunt.
5
The first part of the book just tells children in a fun and accessible form about the relationship between people, about how important it is to forgive others shortcomings and a stricter attitude to myself how funny boasters and talkers... In the world of the little no family – toddlers and babies just friends, there is no industry and agriculture – all production is artisanal; there is no money – there is a natural exchange of goods.
6
In the second part called "Neznayka in Solar city" dunno and his two friends, baby Piccola Variegated and baby Button, get into the city, which built a Communist society. There are new heroes, hard workers, kind and responsive, which show travelers the huge factories with fully automated production and the same automated agriculture. The residents of Sunny town don't know household chores, since they eat free in the cafe and enjoy a free automated laundries. But here dunno mischief, turning two donkeys and mules from a zoo in shorties. Rude stupid new residents almost ruined a life of a city. Only the intervention of the magician was saved by a Communist society.
7
In the last book of the trilogy, "dunno on the moon" dunno and Donut, again at fault first, get into capitalism, decaying successfully in the lunar cities. Noses very clear, in an accessible form tells what is the added value and joint-stock company, unemployment and competition, how people live in a world where man – wolf. The dummy shows its best traits – courage and faithfulness, overcoming difficulties together with your new friend Goat. Donut, on the contrary, gives vent to the worst sides of greed and selfishness, turning into a capitalist exploiter. However, life is rehabilitating it, and the Donut finally learns to understand other men, becoming in their place.
Is the advice useful?
See also
Присоединяйтесь к нам
New advices