Who are they, girls of "Ural dumplings"?

The popular show "Ural dumplings" originates from a successful Comedy teams of the same name. A feature of this team is that the participants work together for over 20 years. Of the new faces in the show appear only the fair sex, which, as the joke of the participants, they take the team to himself not to dress in women's dresses. 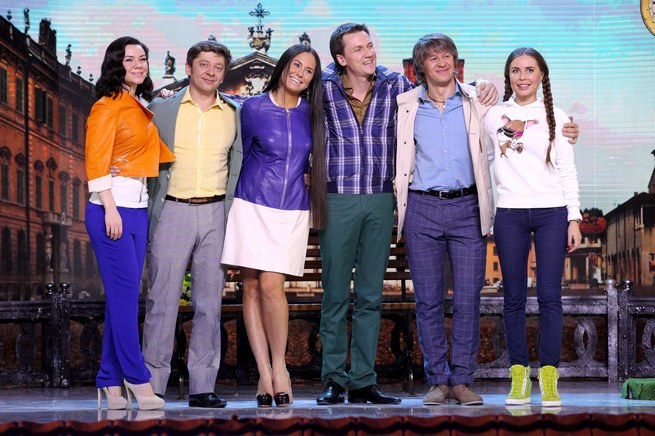 Related articles:
Instruction
1
The first in the team "Ural dumplings" fit beautiful girl Yulia Mikhalkov-Matyukhina, who once also played in the WHC in the women's team of the Ural state pedagogical University "Neparne". Along with a scholarship she mastered the craft of acting and that shows the audience in the "Ural dumplings" in 2009. On stage, it's possible as the images of young naive girls so bitchy and arrogant ladies. To participate in the show, she worked as a leading news and weather forecast. In addition to participating in the project, Julia manages to keep his job - she opened the center right speech "Raicevic". Is in a girl's life and love for a few years but she's Dating a politician from the Sverdlovsk region.
2
The following member joined the team "Ural dumplings" has become Ilana St. George (Isakhanova). She was born in Bishkek and there began his creative television way. With 7 years she led the transfer of "Firefly", at the same time to engage in ballroom dancing. After moving to Russia (along with her parents she moved to St. Petersburg) studied at the music school. After high school, he graduated from the Institute of culture and arts in Saint Petersburg. Her woman's happiness Ilana found in marriage with Anton Yuriev, with whom they were parties to a bright musical duet "An-2". Also, she is an actress in the theater of Stas Namin, manages to star in movies and TV series. On stage together with "the Ural pelmeni" Ilana began to appear in mid-2012. Almost always is a romantic heroines, but easily transforms into a screaming scandalous women with eternal rollers in her hair.
3
Most new in the "Ural dumplings" was the girl not only interesting appearance, but no less interesting name - Stefania Mariana Gurskaya. The girl from Kamensk-Uralsky, the creators of the show noticed in one of your project "Myasorubka". The girl also once played in the WHC, however, on the big stage - in the big leagues or the Premier League - her duet "Plastilin" pass failed, but the artistry of the participants were noted. Stefania is the youngest contestant on the show (born in 1992), but with different images, hitting its actor's data. She became a member of the concert "the Ural pelmeni" in 2013.
Note
Just recently, frequently asked question, why "Dumplings" so many girls in the team, he thought, and the participants themselves show. This came out great room "Meeting girls", which amused everyone present at the concert and then got to the spectators at the screens.
Is the advice useful?
Подписывайтесь на наш канал