Who is Vyacheslav Myasnikov

"Show Ural dumplings" is the phrase on everyone's lips, however, its members are known not so much. Rather because they prefer to live in the capital of the Urals, and in Moscow appear only for work, not partying. As Vyacheslav Myasnikov. 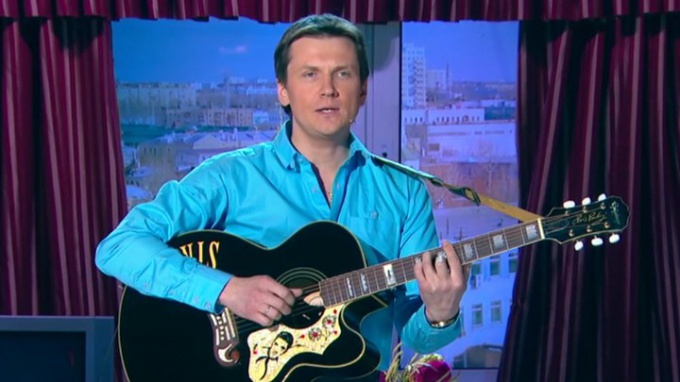 Vyacheslav Myasnikov was born 2 December 1979 in Sverdlovsk (now – Ekaterinburg). Like all the boys, Thank have been inclined to sports. Future "dumpling" was fond of wrestling and volleyball and received the second Junior level.

In addition to Hobbies sports, Vyacheslav manifested itself on the school stage, in a creative inter-class competitions. In one of his interviews he said, as recorded on a cassette player performances of the young Petrosian and Vinokur, substituting the unit to a TV showing his beloved humorist. Immortalized the Glory monologues memorized and shown in front of a school audience, trying to maintain the intonation of the narrator.

After graduation butchers entered the Ural state forestry engineering University, which immediately got into a local team of KVN "guys from the tree felling". His first speech to the team on a large, professional stage had in 1996. Since then, the fascination with the humor began to take more and more time in the life of Vyacheslav.

On education Vyacheslav mechanical engineer, but its the profession turned into a hobby and Vice versa. In free from concerts time he likes to Tinker with the machine.

In 2000, the graduate of the forestry University was invited to play in the team of KVN "Ural pelmeni", which by that time already had a lot of experience playing on the big stage in Moscow and earned fame throughout Russia. In the same year the team became the winner of the Higher League of KVN in Moscow and sent to float freely.

"Ural pelmeni" - a unique team. Appearing for the first time at the festival of Sochi in 1995, the same year he was invited immediately to play in the big leagues, where he spent 5 seasons and became the last champion of the XX century.

The team is not broke. Regularly, the participants began to appear in various comic projects. Vyacheslav became famous in that period performances with short songs, called "carpule". Over time, team members have organized their own show, which regularly broadcasts now CTC. First, the show auditioned for the Ural to the public and, somewhat modified, is recorded in Moscow.

His personal life Vyacheslav does not advertise, but we know that he's married to a beautiful blonde Hope and is the father of twin brothers. The family lives in Yekaterinburg.
Is the advice useful?
Присоединяйтесь к нам
New advices