RAM, or random access memory (RAM) is used to store intermediate results of the CPU and integrated graphics. The characteristics of RAM very much depends on the speed and reliability of the computer. 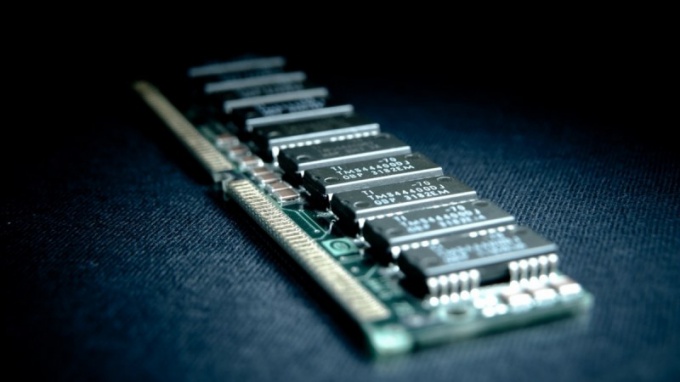 Related articles:
Instruction
1
Structurally, the RAM module is multi-layered narrow stripe of the PCB where the memory chips, printed circuit Board with printed elements and the connector. If the memory chips soldered on RAM bar on one side only, the module is called unilateral if both is two – sided.
2
RAM is called volatile memory because when power disconnection its contents are reset. The motherboard is also located nonvolatile memory, or permanent storage device (ROM), which is powered by batteries.
3
Like any electronic device, memory chip heats up when in operation, which deteriorates their performance. Some manufacturers put on the modules to the radiators for better heat dissipation. Radiators can be glued on the chip or attached to textolite strap with clips.
4
Memory can be of different types. Now used 3 types of RAM: DDR, DDR2 and DDR3. DDR memory started to be issued since 2001. It can transmit 2 bits of information in exchange buffers with the CPU and GPU in one cycle of operation of the memory bus. Its connector 184 are in contact. The next generation of RAM was DDR2 with 240 pads on the connector, which in each cycle transmits 4 bits. DDR3 memory per clock working bus transmits 8 bits.
5
In addition, the RAM modules differ in form factor. Each model motherboard is designed to work with a specific type of memory. To prevent incorrect connection of the RAM is incompatible with this motherboard, the connector module is a small cutout called a "key" that matches the "key" connector for RAM on the motherboard. Currently the motherboard is designed to work with DDR memory are not available. 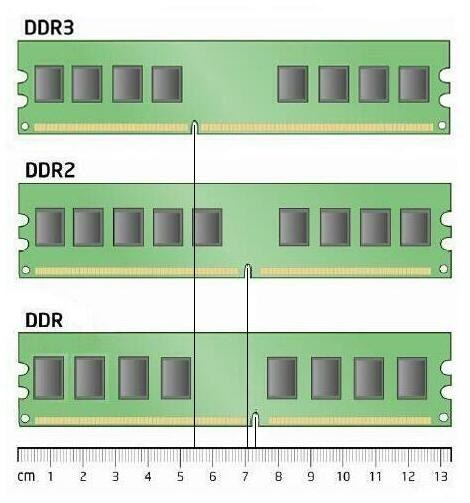 6
Important characteristics of memory are capacity and clock frequency. The higher these parameters, the faster is the processing of information. If the motherboard installed different RAM modules, the computer will run at the speed of the slowest one. To truly increase performance, it is better to choose the modules one clock frequency, which are tested to work together. These kits are called KIT.
Useful advice
If an attempt to mount a new memory module to the motherboard you feel strong resistance, look carefully: you may insert the bar of the wrong type or the wrong side.
Is the advice useful?
See also
Присоединяйтесь к нам
New advices