How to determine the type of RAM

Sometimes user is required to determine the type of operational memory, which is located in his computer or lying in front of him, i.e. to define on external appearance. This can be done using simple analysis. 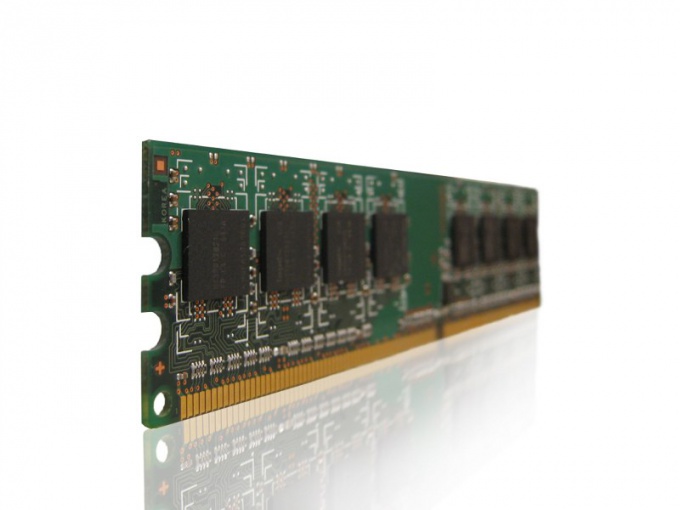 Related articles:
You will need
Instruction
1
At the moment there are several types of memorythat is actively used in the Assembly of computers to this day: DDR3, DDR2, DDR DIMM and SIMM. You should make a reservation that the last 2 types of memory used in the system blocks until now, but such rarities have not to buy.
2
SIMM. Strap this type of memory is designed for 30 contact. Scope — computers with processors 286, 386 and 486. There is also a kind - SIMM 72 contact, which was set to the 486 processor series and Pentium-I.
3
DIMM. This type of memory is merely another name for the type of SDRAM. DIMMs have become the basis for Intel Pentium and was actively manufactured until 2001. If SIMM has only a single groove, like other modern motherboards, the DIMM contains 2 grooves on the contact track. This is the only significant difference in appearance.
4
DDR SDRAM came after and became his follower. First appearance dated 2001. The novelty of this type of memory was to double the data transfer for one clock cycle. In external appearance it becomes clear that with the emergence of new models of strips of memory, the number of contacts significantly increased. For DDRmemory , this value is 184.
5
DDR2 is an improved version of DDR. The key difference is double the increase in the speed of data transmission for one clock cycle. When inspecting memory DDR2 note the strip of contacts, their number is 240.
6
DDR3. Externally, this model would be difficult to distinguish from the model of the last series is related to the similarity of the contact position. However, the same number of contacts does not make their electronic counterparts. The only sign by which to distinguish one memory from another — direction grooves to the contact line. If the fillet looks at the chip, this plank contains DDR3 otherwise DDR2.
Is the advice useful?
See also
Подписывайтесь на наш канал