Any snake can be eaten

In the list of exotic foods that are worth a try, they must stand far in the first place. Of course, they are edible, but have a refined taste. However, if the thirst for gastronomic adventures encourages you to try something completely new, can be included in the list and snake meat, and even the most poisonous. 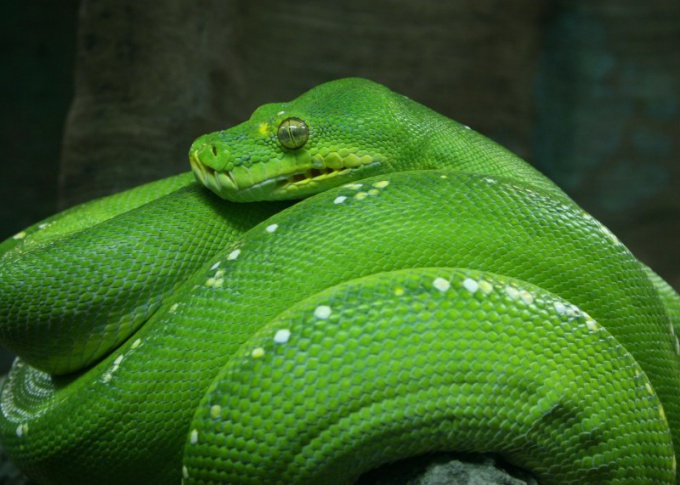 Related articles:
Instruction
1
Snakes are traditionally included in the diet in those countries where due to the lack of food needed to be eaten almost everything to feed themselves and their families. We are talking mainly about the countries of Asia, Africa and South America. For kitchens of these countries is characterized by the inclusion of foods that the Europeans hardly seem attractive. This also applies to the meat of snakes. In the restaurants of China, Thailand, Malaysia tourist offers a choice of first and second courses made from meat of various species of snakes, including poisonous varieties. Snakes fried, boiled, soar, cook on skewers, grilled and deep-fried. The only exceptions are the sea snakes – they eat not drink.
2
Almost all the edible species of snakes: cobras, anacondas, South American, European garden snakes, rattlesnakes of North America, pythons, vipers and many others. The most delicious is considered the king Cobra. Do not be afraid of poisonous snakes. Glands that produce the venom are at the back of the head of the snake, so all parts, except her, can be eaten without fear of poisoning. Experienced chefs cut off the snake's head carefully, avoiding penetration of the poison into the meat of the snake. In General, Asian cooks allowed in the case almost all the contents of the body of this reptile. And even the blood and bile in many cultures is considered curative and is used for making medicinal drinks. Snake meat as any other meat, rich of protein, and snakeskin in many countries are prepared deep-fried, getting a tasty, crunchy chips.
3
Americans began to use snakes as food since the time of the New world. The fauna of the continent is replete with snakes and the first settlers, loggers, hunters, Rangers willingly fried snake meat on a fire and cooked soup from them. Now in many restaurants of America you can also offer to taste the exotic dishes of rattlesnakes or vipers.
4
It is believed that the younger the snake the better it tastes. But be prepared for the abundance of bones, as the skeleton of a snake consists of small, separate bones, with the flexibility and mobility of her body. To prepare the snake can at home by purchasing the skinned carcass in the Asian market. Snake meat is pretty tough, so before cooking it is traditionally soaked in vinegar or dry wine for 5-6 hours. Then the carcass thoroughly washed, cut into small pieces, roll in rice flour and fry for 4-5 minutes until Golden crust. Longer cooking makes the meat tough and rubbery.
Is the advice useful?
See also
Присоединяйтесь к нам
New advices