How not to run after girls

How guy behave in order to be popular with the girls? Many believe that it needs to be attentive, gallant, to give gifts and to surround the girl care. In fact, the girl subconsciously perceives such behavior as a young man that he "runs it." Is it possible not to run after girls and remain attractive to them? 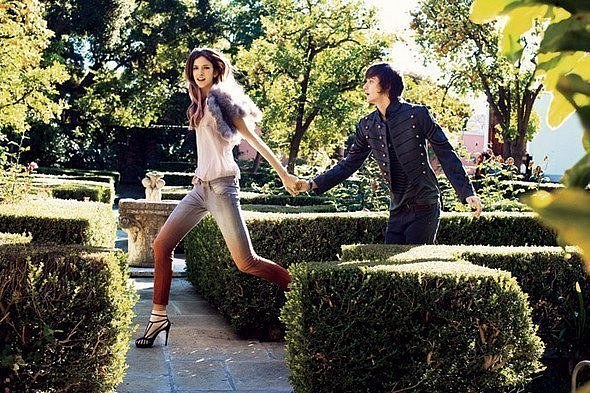 Related articles:
Instruction
1
Everyone wants love and girls and guys. Another thing is that not every young person is able to confess how he lacks a true sense and simple human warmth. In addition to this, it is customary to assume that the guy should take the initiative in relationships and to get the attention of the girl. Are there any secrets to not running after girls, and they themselves would run after you?
One hundred percent working methods in order to attract a girl is to surprise her. Show her how you are different from all the friends of her young people. For example, if she asks you a question, answer it not what she expects to hear. You can sarcastically comment on what she says or does, it will certainly not leave her indifferent and will make you start to analyze the reasons why you behave this way. At the same time to initiate communication will be a girl.
2
Please note that there are two main reasons why girls enter into a relationship with a young man. Such an Alliance could be based on the courtship – then the girl appears to be giving the guy, who for some time pursued her. Speaking in plain language, as if the girl runs away from you, which naturally pushes you and forces you to chase her. Another option relationship that is based on the desire of the girl to the young man. In this case, she's more interested in contact with a young man and forced as if to pursue him.
Attraction would cause to severe and brutal to the male than to the dear and kind young man. Become as the dominant partner, strong and confident, and then the girls will compete among themselves to attract your attention.
3
Never apologize when you said or did something that wasn't like her. Most women consciously or unconsciously use a lot of manipulative techniques, and one of the most common is to make man feel guilty. This girl can not be offended in fact, and only pretend to be such in order to see how behave the guy in this situation. If you do not respond to such provocations, it will become harder to respect you as a consequence her attraction for you will only intensify.

"Beware of those who fills you with guilt, because they want power over you" - said someone great. A young man who wants to be attractive to girls should always remember not to succumb to the manipulation of the fairer sex.
Is the advice useful?
See also
Присоединяйтесь к нам
New advices