How to increase stamina in running

To increase endurance in running wants almost every runner. There are several effective ways, both of which will help you to become faster and more resilient. 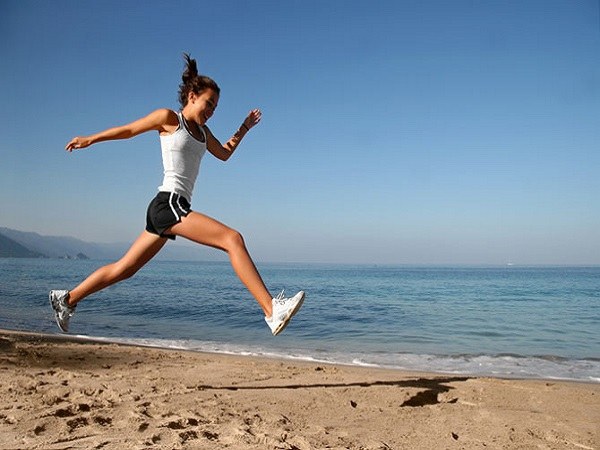 Related articles:
Running is the most accessible sport, which involved millions of people all over the world. Someone running just helps to maintain a healthy body, while others see it as an opportunity to rise above itself, competing with others and speed.

Hardly anyone of the runners will refuse to increase running endurance – that is, to learn to run faster and longer. There are several options to increase endurance, each targeting a certain category of people. As we are all different, each of us one way seems more acceptable than the other.

Important! In all cases, the following training regimen three days per week with rest between workouts 1-2 days.

The first way – increase the distance

This is the easiest way. You need to run for 30-40 % longer distance than usual. For example, if for you is normal for time to run 3 kilometers, run 4 kilometers. At this rate is not reduced. Load increase every month, until you get to seven miles at a time. At three workouts a week, you significantly increase your endurance and can easily run three kilometers, the speed will increase and the body will easily carry the load.

The second way – the broken rhythm

Craig Beesley, a well-known marathon runner from Canada, recommends increasing running endurance in the following way.
You will have 30 seconds to escape with maximum speed, and then five seconds to go to normal walking. After walk – running again, and so on. Only 8 cycles per exercise. After a month of endurance when running is too high, the body will become stronger. Naturally, over time you can increase the number of cycles as desired. The main thing – not to rush things.

You need to run at a given speed from 400 to 800 meters. After resting for 1-2 minutes and repeat the run. Such intervals should be 4-5 in the initial stage. A week later, you can add another interval and so on. After a couple of months you will feel ready to run two times more than before with the same rate. Legs will get stronger, the body will become much stronger.

This method is well suited over-trained athletes. It is best to perform at the stadium, where the circle around the field is 400 meters. In the first ten workouts enough to run five or six laps.
After a workout you need to start laps. Each circle repeats the previous one. First 50 meters as fast as possible run. Then 50 meters of easy running for recovery. After 50 metres the pace a little below the maximum, and again 50 meters of recovery Jogging.

If you can not run around the stadium, you can replace the explosive run Shuttle that well developed yet and coordination.

The method of the fifth – tempo run at long range

Patrick noble recommends once a week to pay attention to a long tempo run long distances. For example, if at a normal pace you are able to overcome ten kilometers in 50 minutes, try to run seven miles in 30 minutes. Each time increase for a few minutes, the length of the tempo run. After a couple of months you won't even recognize yourself, so will increase Jogging stamina.
Is the advice useful?
See also
Подписывайтесь на наш канал