In some cases, a pregnancy test is wrong

Rapid tests for pregnancy provide an invaluable service to women: they are able to please those who were waiting for the two strips and to reassure those who have not yet planned the birth of children. And even if the result is not what you hoped for, the certainty of still better doubt. 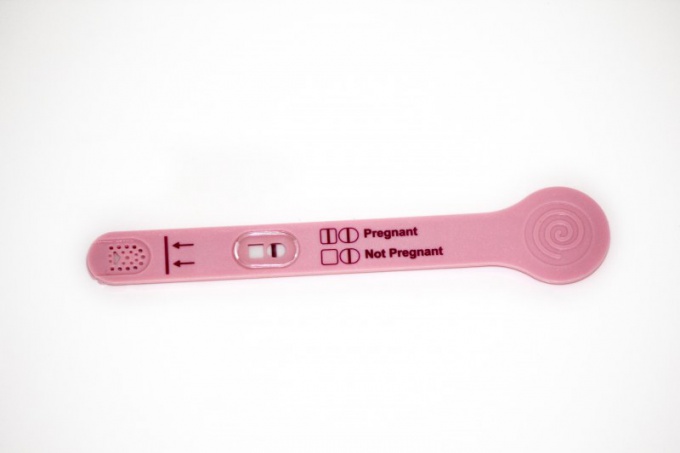 Related articles:
Instruction
1
Most pregnancy tests are positioned as high-precision and highly sensitive tool to determine pregnancy in the early stages. The principle of operation is based on capturing human chorionic gonadotropin (HCG) hormone, which increases in the first weeks after fertilization of the egg. In some cases, the test may show an incorrect result?
2
False-negative result. Sometimes the test shows no pregnancy, despite the fact that it already is. This can occur when a low concentration of HCG. If the test is conducted before the estimated time of the onset of menstruation, or if fertilization has occurred prior to the day of delay. In these cases, HCG has not yet had time to accumulate in the body to a level sufficient to determine the test.
3
Also with a large intake of fluids throughout the day, the concentration of HCG in the urine is reduced, so the sensitive elements of the test do not react. In this case, the test also will show a negative result.
4
It would be wrong and result in ectopic pregnancy. If the egg does not get to its correct location in the uterus, and attached to the pipe, there is a chance that the body will not start to increase the amount of pregnancy hormones.
5
Often already in the later stages of childbearing women in the experiment carried out the test and was moved by watching one band. The fact that the pregnancy more than 12 weeks tests are useless because HCG is no longer being produced by the body.
6
A false positive result. If the test showed a positive result, it makes sense to immediately consult a doctor. Since in addition to the joyful news of the imminent advent of the baby, such a reaction test will show in several cases. For example, in tumor, cystic formations in the body. Some benign tumors have the ability to cause the body symptoms of pregnancy that result in the error test.
7
Before using a test, make sure it is not expired and the manufacturer has established itself on the market. Because incorrect application of the reagents on the test strip or at the end of shelf life the result can be interpreted as weakly positive, although pregnancy is actually there.
8
After a recent spontaneous abortion or medical abortion the HCG level is not immediately going back to normal, so if you test at this time, you can see the "two strips". The same thing happens when taking hormonal stimulating drugs like "Prophase" and "Pregna".
9
In addition, as false-positive and false-negative result if the wrong procedure. Therefore, before application of the test of any kind, carefully review the instructions and act strictly in accordance with it. This will give you the opportunity to make sure that, at least from your side everything is done correctly.
10
If you have purchased the test, which not only notes the presence or absence of pregnancy, but also determines the approximate time, you are not immune from error: the level of HCG is very individual and the spread of norms at different periods of pregnancy significant. In any case, after using the rapid test, if you have even small doubts, you should always consult a doctor-gynecologist.
Is the advice useful?
Подписывайтесь на наш канал