What fish are found in rivers

Lovers of active recreation is very often engaged in fishing. The abundance of rivers on the territory of Russia makes this form of recreation popular among citizens. But not all novice fishermen know what fish are in the rivers, what are the conditions it prefers and what are its habits. Very useful in the study of the inhabitants of the water spaces can become special determinants and directories, compiled by scientists. 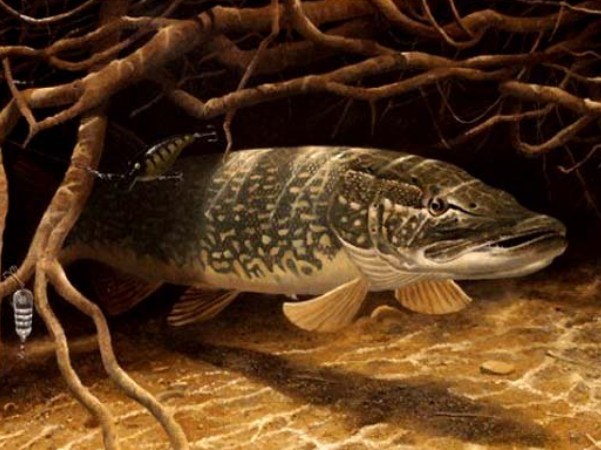 At present, there are over hundreds of species of freshwater fish that live in Russia. Not all existing types listed in their respective catalogues, the work in this direction is still being carried out by scientists of the Russian Academy of Sciences, who still find new species of river fish and are their descriptions. The difficulty here is that some species of fish crossbreed, resulting in hybrids. Such mechanisms of crossing widely used in the industrial breeding of fish.

The most famous inhabitant of rivers, of course, is the pike. This predator inhabits is typically in the coastal zone, abundant water thickets. Pike loves places with a weak current. This fish is very sensitive to the content of oxygen in the water, therefore, contained small ponds in the winter are often killed. The colouring of the pike can be very diverse and dependent on habitat and river vegetation. Being a predator, the pike eats mostly small fish.

Common river perch is also popular among wildlife enthusiasts and avid fishermen. He also belongs to the predators, so the main part of the diet of perch are other freshwater fish. As potential prey of larger pike, river perch tries to stick to flat water with little current. In some regions of the perch – not only the object of interest fishing the bait, it has also commercial importance.

Common in rivers and roach, which has on the territory of Russia several subspecies. This fish prefers to stay in packs, enjoying the protection of aquatic vegetation, snags, and hanging down to the water trees. Roach also does not like a fast current. Fish of small and medium sizes are not so shy as the large ones. Sometimes you can see the hybrid forms obtained by crossing common roach with Rudd.

Often in rivers can be found not only river fish, but also so-called anadromous species. Much of the time these fish spend in the sea, rising at the mouth of the rivers only in the spawning period. To through types include, for example, some types of salmon: trout, salmon, salmon.

River fish is a very valuable dietary product, which is significantly better absorbed than meat. She, among other things, are not as allergenic as compared with marine fish. In many regions of Russia, the production of various types of freshwater fish is an important component of the economy. Some species of these fish can be successfully kept in home aquariums.