How is pink stone 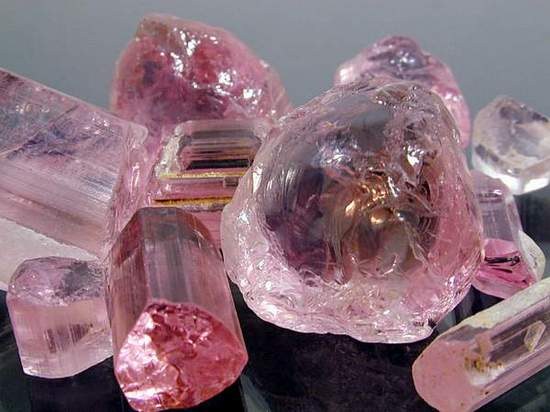 Related articles:
Instruction
1
Rose quartz is not as common as white, but this shade is quite common. One of the most common minerals on earth is quartz, a family which includes many semi-precious stones. A variety of quartz, endowed therapeutic and magical powers. For example, balls of rock crystal are one of the essential attributes of fortune tellers and witches. The stone has a good density, so the cut can be any shape.
2
Pink garnet - a phenomenon not so frequent, but still happening. Most often, garnet has a darker shades and the pink is called rhodolite. In ancient times it was believed that wearing a garnet can see the path in the dark, in addition, the stone will protect him from evil spells. So many travelers of those times I wanted to take the journey amulet of pomegranate. The most common cut real garnet oval, round or cushion, but can sometimes be found and other forms.
3
Pink sapphire - the phenomenon is also not the most common. This group of minerals called corundum, and among the valuable stones is one of the leading places. As this stone prized since ancient times around it is a great deal of legends and myths, which give it both therapeutic and magical properties. It is believed that sapphire protects the wearer from envious people and can protect against poisoning. Traveling this stone helped with reflections, so it often took with them on long trips. The density of sapphire is large, so cut it into any shape, even in the cabochon.
4
Coral is formed from the fossilized skeletons of coral polyps in the oceans and seas. Jewelry in fisheries use red, pink, black and white variety of coral. Jewelry is popular since ancient times, this stone symbolizes immortal happiness. Notwithstanding its softness and fragility, in the world of gems coral is not the last place and is very popular. Pink and red corals from the Mediterranean sea are valued more than others.
5
Very rare and highly valued pink jade. The biggest reverence of this mineral of any color used in China, where it was attributed to him magical abilities: he valued as highly as gold, and he made the Imperial seal. According to legend, jade is made of the heavenly throne of the Buddha. Small pebbles of jade were often the circulation along with money. Currently, jade is used as ornamental material and a gemstone in jewelry. An important factor in the evaluation of nephritis is the uniformity of the color. White and pink shades are the most expensive and valuable.
Is the advice useful?
See also
Присоединяйтесь к нам
New advices