How to change people on war

In war people has been greatly transformed: changing attitudes towards themselves and others, self-esteem and Outlook. Even just the feeling of the weapon in the hands creates the illusion of self-importance, self-confidence, strength and power. A war where the weapon is for everyone, and its use becomes habitual daily duty, generates a special type of human personality – the personality of an armed man involved in the fighting. 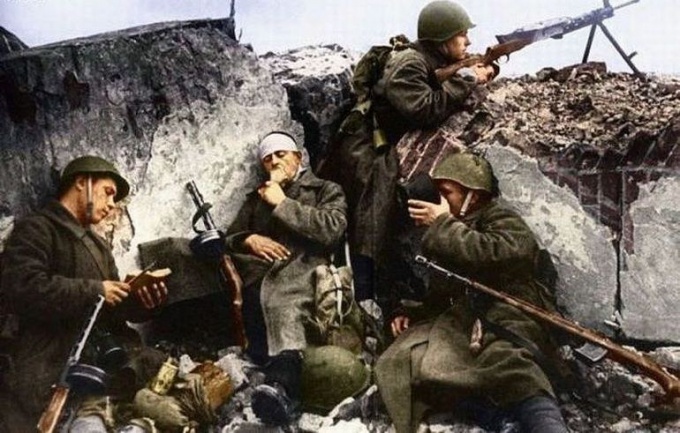 Instruction
1
The main feature of the person, who survived the war is a habit to violence. It is formed and pronounced in the course of hostilities and for a long time continues to exist after the end, imposing an imprint on all aspects of life. In extreme situations, when a person in war is the face of death, he begins a very different way to look at yourself and the world. All that filled his everyday life, suddenly becomes irrelevant, the individual opens a new, entirely different meaning of its existence.
2
Many in the war formed the qualities of superstition and fatalism. If superstition does not reveal itself in all individuals, fatalism is the main feature of psychology of the military person. It is the sum of two opposite senses. The first is the belief that someone would not be killed. The second – that sooner or later the bullet will find it. Both feeling and form soldiers ' fatalism which after the first fight is fixed in his mind as attitude. This fatalism and the associated superstitions be protection from stress, which is every fight, take the edge off the fear and relieve the psyche.
3
The war with its chronic danger every minute of losing health or life, with not only impunity, but also encourage the destruction of other people creates in man new qualities needed in wartime. Such qualities cannot be formed in peacetime and in combat are identified as soon as possible. In battle it is impossible to hide your fear or show of feigned bravery. Courage or just leaves the fighter, or is manifested in his fullness. And higher manifestations of the human spirit in daily life are rare, and during the war, becoming a mass phenomenon.
4
In a combat situation there are often situations bringing the human psyche is too high that might cause severe pathological changes in the psyche of the individual. So along with the heroism of the battle of brotherhood and mutual assistance in war, there are robberies, torture, cruelty to prisoners, sexual violence to the people, robbery and looting in the land of the enemy. To justify such actions is often used the formula "fog of war" and the responsibility for them in the mind of the individual is shifted from him to the surrounding reality.
5
A strong influence on the human psyche have features the front of life: cold and heat, lack of sleep, malnutrition, lack of adequate housing and comfort, constant fatigue, lack of sanitary conditions. As the fighting, is extremely tangible life inconvenience stimuli have extraordinary force, forming the special psychology of man, who survived the war.
Is the advice useful?
Подписывайтесь на наш канал