Where the film "Chronicles of Narnia"

At the moment, released three films from the series "Chronicles of Narnia", each of which come alive in the pages of amazing fantasy Saga of cs Lewis. During filming, the writers and Directors made to come to life not only characters, but also with amazing precision reproduced the landscapes of fairyland. 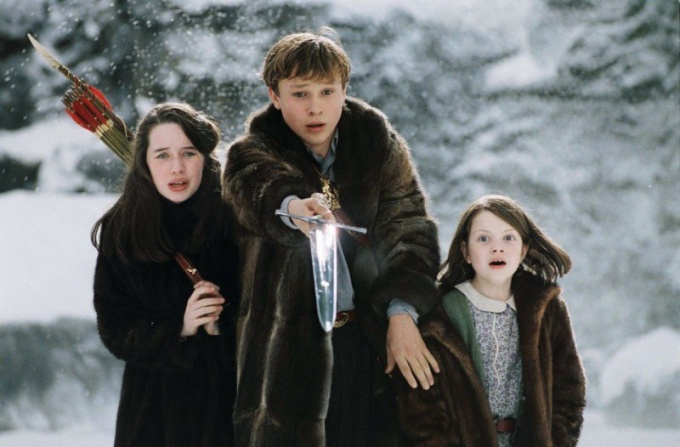 "The lion, the Witch and the Wardrobe"

Magic novels "the Chronicles of Narnia by Clive Lewis fascinate the hearts of children and adults since the mid-twentieth century, and in 2005 finally got the first part of the film adaptation worthy of the book itself. The film "the Chronicles of Narnia: the lion, the witch and the wardrobe" under the slogan "Beginning of the great Saga" was filmed in New Zealand and the Czech Republic from June to December 2004, and the budget was $ 180 million. The script is almost exactly the same book, with minor deviations for the overall dynamics. It is noteworthy that the interest of fans shooting forced the film crew to use two aliases for the picture - in Auckland, the crew searched the area for signs of Paravel" (Paravel).

One of the scenes - the train ride - filmed in two countries, England and New Zealand, because the shooting was not the correct model cars and locomotive. As a result of external shots of trains and the interiors of the cars are located in different parts of the world and starred in a completely different time.

The shooting place is connected and another story. Initially, the writers wanted to use the picture of live reindeer for sleigh rides with, but the authorities forbade them to bring animals from the United States because they could be carriers of dangerous diseases, including those transmissible to humans and cows. As a result, the film appeared deer, fully simulated on a computer.

The shooting of the second part, "the Chronicles of Narnia: Prince Caspian", became New Zealand, the Czech Republic (we are talking primarily about the castle of king Miraz), and the soča river in the resort area near the town of Bovec in Slovenia and in Poland. For example, London underground station, the starting point of the journey in this film, starred in film Studio Henderson located in New Zealand.

The total area of constructed scenery for this part trikvela more than 2000 square meters. For example, Miraz's castle was built more than 15 weeks, partly based on historical reproductions of castle of Pierrefonds (France). For the special greatness of this building in the computer processing increased all its proportions three times. In addition, for the construction of the bridge on Soča temporarily changed the flow of the river to recreate the battle scene exactly as required in the script. The costumes for the film worked more than seventy people. If you evaluate the amount of effort and man-hours, this film was the most ambitious.

"The Voyage Of The Dawn Treader

The shooting of the film "the Chronicles of Narnia: the voyage of the Dawn Treader took place in Australia, Queensland, and took only 90 days, which is less than the duration of filming and the first and second parts. Simultaneously, they carried out shooting in the halls of the Warner Roadshow (gold coast). The title character of the film, the voyage of the Dawn was established at Cleveland point, Cape marine Australia - the shooting took place under the open sky, after which the structure was dismantled more than 50 pieces and transported for further filming in the Studio.
Is the advice useful?
Подписывайтесь на наш канал