What are ornamental shrubs with black berries 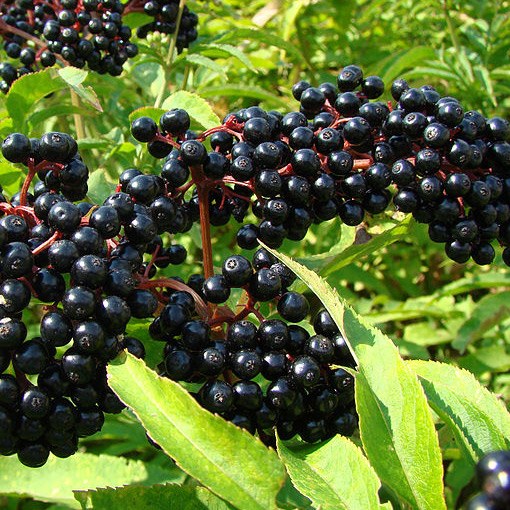 Black elderberry is a tall shrub, many of which were grown in the South and in Central Russia. It can reach a height of six meters. If planting an elder to throw - after a while they are easy to run wild and form dense thickets. Especially often black elderberry is found on the outskirts of the village roads, the deserted wastelands in the other nekulturny.

Black elderberry called the color of the berries. They ripen in late summer, early autumn, and represent a blue-black drupes, each seven millimeters in diameter.

Elderberry seeds contain a toxic glycoside sambunigrin. Once in the stomach, it is broken down to hydrocyanic acid. So use any part of the elderberry, with the exception of the pulp of the berries, dangerous.

In medicine, elderberry is used as a diaphoretic and disinfectant, helps to relieve inflammation and to treat cough.

Another shrub with black berries - honeysuckle. As the elder, his name is black obliged honeysuckle color of the fruit.

Black honeysuckle reaches two meters or more in height and occurs on the East of the country. It has long been known in Primorye and Khabarovsk region, where the locals used it as berry bushes. In the wider culture black honeysuckle introduced Michurin.

The far East is characterized by harsh winters, so the black honeysuckle only frost. Because of this, she can divorce as an ornamental and berry crops in the Northern regions of our country. Black honeysuckle is easy to tolerate even frost in the flowering period.

The berries of the honeysuckle are large, elongated, about two centimeters long. In appearance they somewhat resemble a giant blueberry. Honeysuckle ripens in mid-June, and together with strawberries is one of the earliest summer berries. The taste of its fruits are slightly sour, but pleasant enough. The berries of honeysuckle contains many organic acids, sugar and vitamin C. As a rule, the berries go to processing - including cooked compotes, jams, etc.

The first crop of berries you can collect in a few years after planting, black honeysuckle. It is resistant to diseases and pests, unpretentious to soils and can brighten any garden or Park.
Is the advice useful?
Присоединяйтесь к нам
New advices