What decisions adopted at the Tehran conference

The Tehran conference lasted from 28 November to 1 December 1943 it took part the heads of the governments of the USSR, USA and UK. The main issues of the conference were the military, in particular – the second front in Europe. In fact, contrary to the obligations of the Anglo-American allies, he never opened them neither in 1942 nor in 1943. 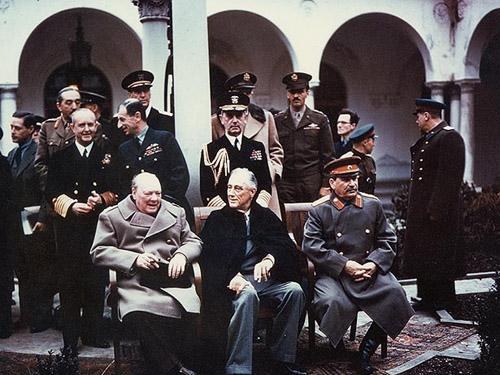 Related articles:
Instruction
1
By the time the Red Army had already achieved outstanding victories in the struggle against fascism. England and America have become somewhat fear that if it goes on, the Soviet troops will be able to liberate Western Europe without their help. Therefore, the decision was made to open a second front. Churchill and Roosevelt had different views on where, when and to what extent must begin this operation. The final point put by the Soviet delegation. Plan was adopted for "overlord". That second front was supposed to open in may 1944, striking the enemy from the North-West and the South of France. The Soviet Union, in turn, announced the intention to launch an offensive from their side at the same time, to prevent the transfer of enemy forces from the Eastern to the Western front.
2
It was agreed to take the necessary measures in order to draw Turkey into the war against Germany and to assist the partisans in Yugoslavia.
3
Given the fact that Japan has repeatedly assisted the Nazi army, despite the signed with Russia in 1941 neutrality Treaty, the Soviet Union went against the US and the UK and agreed to join the war against Japan after the final victory over Germany.
4
Among other things, the conference discussed the postwar peace and security of peoples. America and Britain offered different versions of postwar Germany, but none of them was approved by Stalin. Therefore, it was proposed to refer the matter to the European Advisory Commission. But the decision was made to transfer to the Soviet Union of the German Koenigsberg (later renamed Kaliningrad).
5
Was also addressed the Polish question. Roosevelt and Churchill wanted to convince the Soviet delegation to resume relations with the emigrant Polish government, located at that time in London. The West planned again to return it to Flattered, to maintain the bourgeois system. But Stalin did not go for it. But was reached a preliminary agreement that the postwar borders of Poland must pass through the "Curzon line".
6
At the Tehran conference adopted the "Declaration on Iran", which has guaranteed the independence and territorial integrity.
7
Following the conference, 1 December 1943, was adopted the "Declaration of the three powers", which promoted the unity of the coalition and testified on the readiness of States with different social systems to cooperate to solve international problems.
Is the advice useful?
See also
Присоединяйтесь к нам
New advices