How to write a report for teachers

Memo you can write on any employee organization. School memoranda allowable for students and teachers. If you do not agree with the actions of the teacher, present the claim in an official document and provide it to the principal of the school. 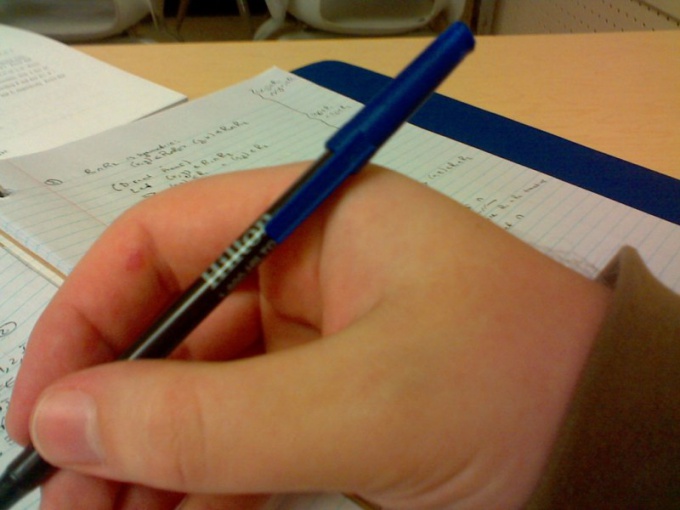 Related articles:
Instruction
1
Create a memo under the existing rules. They are standard for such documents. In the beginning, in the header you specify from whom and to whom this paper is written. Then set out the essence of the claim, expressed discontent with something. The third part is the recommendation, what actions are required to resolve this issue.
2
In the "cap" - section, which is located in the top of the page on the right, specify who is being addressed in this paper. On the first line of the post and the name of the organization, for example, the Director of MOU SOSH № 333. On the second row — surname, name, patronymic of this person. Next line — the position or status of the person writing a memo. For example, the pupil 11"A" class, and then a name in genitive.
3
Back off a few lines. In the center of the paper, place the header: MEM. With a small letter. At the end of the set point. Sometimes you can still write in capital letters. In this case, the end point is not put.
4
Describe what happened after the title. Reflect in detail the past events that caused your dissatisfaction that the behavior of a specific person you consider unacceptable. Don't forget to include the name and position of the person who write the memo.
5
Write what action you want to have been made because of what happened. What you require, making this note. Properly evaluate what can be implemented. For example, not every action can be the reason for the dismissal.
6
Turn in a report on teacher response, which in your opinion, will further help to avoid such situations. Give advice, but try to avoid evaluations of the actions of the teacher.
7
At the end of the memo date and signature. Pass this paper to the addressee.
8
To write a memo today from the hand or on the computer. The second method is more convenient. He is welcome in most organizations, including at school. But nobody can refuse to accept a document that is written manually.
Is the advice useful?
See also
Подписывайтесь на наш канал