What fish is found in the Oka

The river called Oka is the largest and most abundant of the right tributaries of the Volga. In oke are almost all fish, peculiar to the Volga pool. The most common of these are roach, bream, ruff, pike-perch, perch. 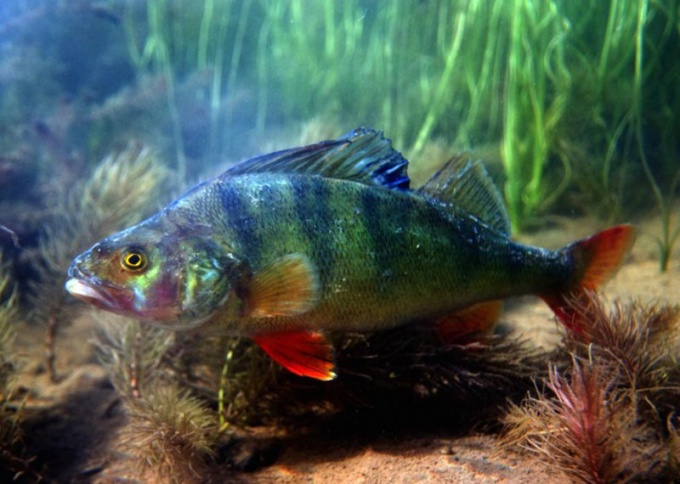 This fish belongs to the species of freshwater perch is predatory. The diet of the perch includes other freshwater fish are much less himself. To spawn these fish go in the early spring. Previously it was thought that along with rivers of Europe (the Oka, the Volga, the Ural, the Danube, etc.) and rivers in Northern Asia (the Ob, Irtysh, Lena, Yenisei, etc.), river perch inhabits the waters of North America, but it is not so. The fact that there is found the separate species of this fish is yellow perch. River perch is a popular fish species.
2
Common roach

Other subspecies of this fish – roach, roach, roach, Rudd. It belongs to the family Cyprinidae, order cyprinoid fishes. Roach found in the waters of Europe (Oka, Ural, etc.), in the lakes and rivers of Siberia (Ob, Yenisey) and in the basins of the Aral and Caspian seas. Ichthyologists distinguish a lot of different subspecies of this fish. Some of them are completely freshwater (for example, the common roach). The largest commercial demand for such subspecies of roach, as roach and roach.
3
Bream

Bream is a lake and river fish, which live in packs. The body of a bream is flattened and wide. This fish is very slow growing, gaining weight polukilogrammovy only by 6 years of his life. Bream can be easily caught on the flesh of shell-fish, worms, hard boiled semolina, etc. In rivers (e.g., Ob) this fish is found in the pits and in areas with moderate flow in the creeks. Bream is a very valuable commercial fish.
4
Sudak

This fish is a relative of the perch, since it belongs to the same family – to okunevy. In Russia there are only two types of this fish, the common perch and Volga pike-perch. Meat from walleye to low-fat and juicy, for which he was awarded the highest culinary praise. Avid fishermen prefer to fry, boil or stew fish. In addition, the meat of the walleye is widely used for the preparation of certain dietary fish dishes.
5
Ruff

This fish belongs to the perch family. Ruff is a freshwater species, inhabiting the rivers of Europe (the Oka, the Volga, the Danube) and Northern Asia (Irtysh, Yenisei, Ob). Ruff prefers gravel or sand bottom. Adult length not exceeding 10 cm In the diet of ruffe include benthic invertebrates and small fish and plants. In turn, ruff is one of the links of the food chain, i.e. prey of larger fish.
Is the advice useful?
See also
Присоединяйтесь к нам
New advices