What fish is considered an Imperial

The Royal, or king-fish in Russia have long called sturgeon. No baked or steamed sturgeon does not do any of the princely and later Royal feast. Today sturgeon under natural conditions are on the verge of extinction, so the Royal fish are grown in specialized farms of sturgeon, caviar the sturgeon is officially banned for commercial production. 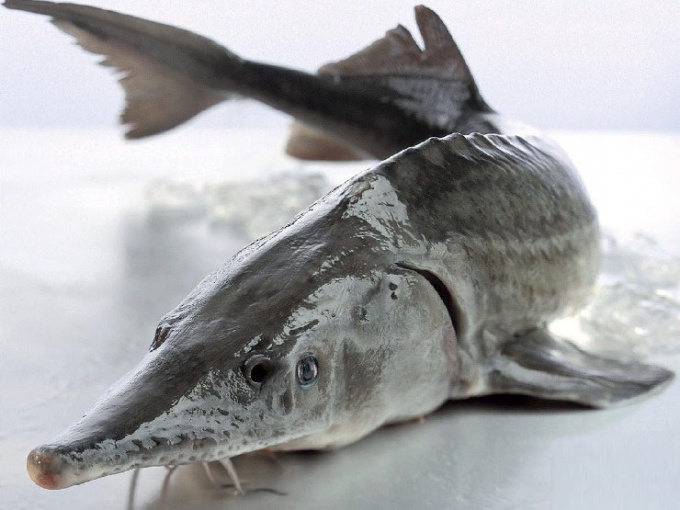 What it is, the fish king

Before the distribution of the Royal fish - the sturgeon - was quite extensive. He was found in the Volga, Amur, the don and the Irtysh river sturgeon to the king's table caught even near Tver. Documented cases in the network of fishermen caught a length of under 7 meters and weighing more than 200 pounds. But, it seems that these giants have left – the fish just did not give rise in those waters where it was found is lower reaches of the Volga. The last major instance of length more than 5 meters was caught in the 40-ies of the last century.

Despite the fact that sturgeon are members of one of the oldest groups of living vertebrates, currently human greed has put them on the brink of extinction. And, even though they are listed in the Red book, the number of them is steadily declining. Exterminated the Royal fish for caviar and meat, valuable for its nutritional properties and taste. In the sturgeon contains a complex of essential amino acids, essential fatty acids, numerous vitamins and minerals.

A distinctive feature is its high content of glutamic acid – natural flavoring, which caused a really "Royal" taste this fish. In addition, the sturgeon contains high amounts of omega-three acids that are vital for metabolism, prevent atherosclerosis, improve brain function and increase life expectancy. The fish is even the number of calories per 100 g has 98 calories.

Sturgeon should be cut immediately, is still alive, because his intestines are the causative agents of botulism.

The price of sturgeon is sufficiently high, therefore, its regular intake is not available to all, but it's perfect for festive table, because any dish from her is guaranteed to be a culinary masterpiece.

What can be made from sturgeon

This fish is good in any form – from the head, fins and tail will be delicious thick ear from sturgeon to make the sauce, make it steamed, baked in the oven, fry in a pan and just povalit. Delicious sturgeon stuffed with ripe fresh tomatoes, roasted whole and drizzled with lemon juice. One of the most delicious ways of cooking is the kebab from sturgeon.
Is the advice useful?
Присоединяйтесь к нам
New advices