Philosophy and science: similarities and differences

Specialization in science – the phenomenon is relatively young by historical standards. Analyzing the history of science from ancient times, it is easy to verify that all of science – from physics to psychology – grow from the same root, and the root of this philosophy. 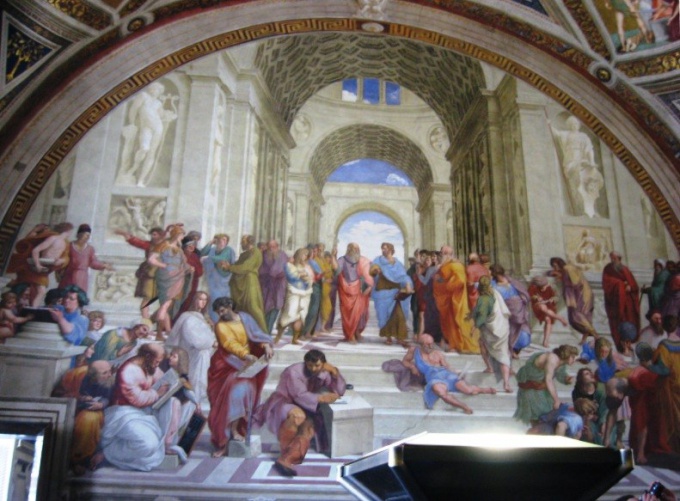 Related articles:
Talking about scientists of the Ancient world, they are often collectively referred to as philosophers. It does not contradict the fact that their works present ideas that from a modern point of view can be attributed to physics (the idea of Democritus about atoms), psychology (a treatise of Aristotle (On the soul), etc. – these ideas are in any case distinguished by the universality of Outlook. This applies even to those ancient scholars, which recognizes a kind of scientific specialization. For example, the Pythagoras referred to as math, but even he was looking for in the numeric proportions of universal laws of the world. That is why he was able to come so naturally to spread mathematical ideas in the area of musicology. Similarly, Plato tried to build a model of an ideal society on the basis of their cosmological ideas.

This limits the generalization were characteristic of philosophy in all ages of its existence, including the present. But if in antiquity it included the rudiments of all future Sciences, at the present time, these "seeds" have long germinated and grown into something independent that makes you raise the question about the relationship of philosophy with other Sciences.

Philosophers give different answers to this question. Some consider philosophy as the basis of all Sciences, which aims to create a methodological basis to determine the direction of the scientific approach to the world.

According to another approach, the philosophy is one of science, but it has a specific categorical apparatus and methodology.
Finally, the third view is that philosophy is not a science at all, but rather a different way of understanding the world.
And philosophy and science explore the world, establishing the objective facts and generalizing them. In the course of the generalization displays certain laws. It is the presence of laws is the main feature of science that distinguishes it from the field of knowledge. There are laws and in philosophy – in particular, the three laws of dialectics.

But the level of generalization of facts in science and in philosophy is different. Any science explores a certain aspect of the universe, the concrete level of existence of matter, therefore, the laws established by science, cannot be applied to another subject of study. For example, it is impossible to consider the development of society from the point of view of biological laws (such attempt was made, but it has always led to the emergence of highly dubious ideas such as social Darwinism). Philosophical laws are universal. For example, the Hegelian law of unity and struggle of opposites applies to the structure of the atom in physics, and to sexual reproduction in biology.

The basis of science is experiment. It set out the objective facts. In the philosophy of experiment is impossible because of the limits of generality of its subject of study. By studying the most General laws of world existence, the philosopher is unable to allocate a specific object for the experiment, so the philosophical doctrine may not always be reproduced in practice.
Thus, the similarities of philosophy and science is evident. Like science, philosophy, establishes the facts and laws and sistematizirovat knowledge about the world. The difference lies in the degree of connection between scientific and philosophical theories with specific facts and practices. In philosophy, this relationship is more indirect in nature than in science.
Is the advice useful?
Присоединяйтесь к нам
New advices