How to choose and buy an apartment in Crimea

Crimea now enjoys great popularity not only from the point of view of tourism, but also the purchase of real estate. Many Russians are seriously thinking about to move there for permanent residence. 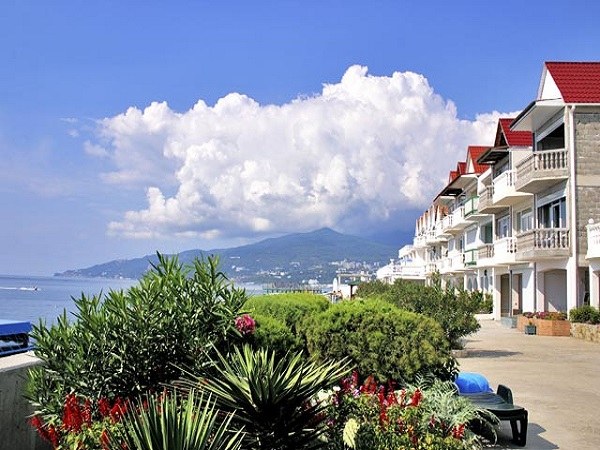 Related articles:
After Crimea returned to Russia, interest in the Peninsula by the Russians has increased significantly. Some go to the Crimea for rest, and others think seriously about how to purchase property here.

Before buying a property, be sure what it was for. If for temporary accommodation during a vacation is one thing. When the apartment or house purchased for permanent residence, the process should be approached more carefully.

As many of Crimea is considered from the point of view of the ability to live at sea, when choosing an apartment you should pay attention to the coastal cities. Good conditions in Yalta, Purpose, Partenit, Yalta, Sevastopol, Alushta, Feodosia. While in Yalta, a lot of new buildings that are waiting for their master. This option is perfect for residents of the capital and other cities of Russia.

If you have decided to buy a cottage, there are whole areas where built cottage villages. A nice option is the area of greater Yalta. Also a lot of nice villages between Yevpatoria and Sevastopol.

For those who decided to buy an apartment, it's best to buy a flat in a new building. In the Crimea is well developed, the practice of delivery of apartments "turnkey", when the new owner moves in and immediately settled in, arranging furniture. If you decide to participate in the design of future housing, is provided and the opportunity.

The process of registration of the contract of sale is no different from those practiced in other Russian cities. But here we must be careful, because the locals have not been able to fully adjust to a new way of life. Still, decades of life under the Ukrainian flag has left its mark, and some law firms working in the old way.

Already, some of the company capital, as businesses from other cities are willing to offer their services to find real estate in the Crimea with the subsequent registration of the documents. They were able to quickly navigate.

Before you make a choice, best to go to a trial train on the Peninsula in order to look at existing proposals. It often happens that the house in which the apartment, the picture looks great around greenery, near the sea, dominated by the beautiful colors and purity. When man arrives on the scene, he sees a very different picture.

In addition, during the study tour, you can choose the city of your dreams, where you want everything. You'll make the right choice and the question of area of residence.
Is the advice useful?
See also
Подписывайтесь на наш канал