How to get rid of rust on a car

There are many reasons for the appearance of rust on the car, for example, prolonged exposure to moisture in areas of chipped paint and primers. Over time, such damage increase. To stop the spread of rust, you need to deal with it as soon as it appears. 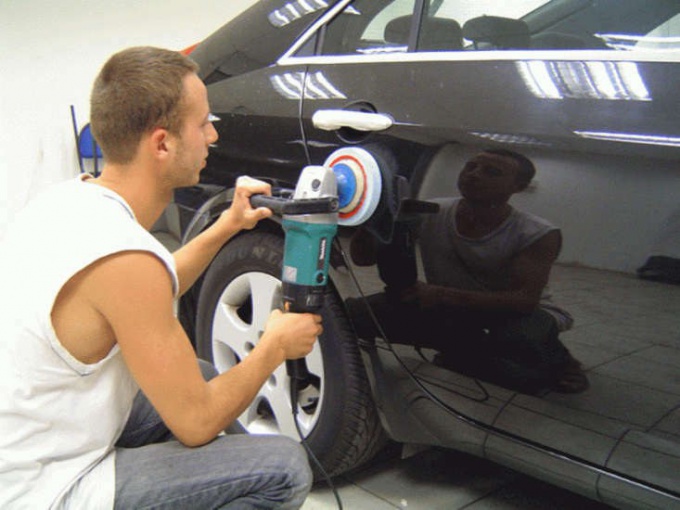 Before starting work to remove rust, take precautions. Use gloves, protective mask and goggles. This is needed to avoid paint and rust into your lungs and eyes. Avoid open flames in the work place and do not smoke. An open flame may cause ignition of paint.

Preparation of the body

Localize the surface of the car covered with rust, and protect other parts. For this cover, such as canvas surfaces located around the rust and fix it with adhesive tape. The repair area should not be confined to the rust. Select the area around the rust, it is best to select a body component subjected to damage. For example, if rust has appeared on the wing, you will need to work with the entire wing, otherwise in the future you will see sharp transitions in color of the wing, which will be difficult to fix.

Remove the repaired surface layer of paint and primer. Use this grinder with a special wheel to remove paint. With its help you can remove small areas of rust and make the surface smooth. Select the circle for grinding metal and keep rust removal. Do this carefully so as not to damage the entire areas of the body. Removing most of the damage, traces of rust can be removed using phosphoric acid. In conclusion, smoothen the surface using emery wheel.

Prepare the repaired surface for applying the primer, follow with the instructions for the primer. As a rule, the surface should be cleaned with alcohol or solvent. Evenly apply primer three even layers, making a break for a few minutes before applying each of them. Allow primer to dry, it will take a minimum of 12 hours. Walk on the dried up first coat with sandpaper to flatten it, dampen the paper with water.

Apply paint in thin layers to prevent its runoff. Use it with the auto spray, it will allow you to apply paint evenly. Apply as many layers as required to obtain the necessary color. When you are finished applying the paint, letting it dry at least a day. Remove the tarp from the body and make sure you see the edges of the shaded area of the body. If so, apply a clear coat. Two days later, wash and Polish the car.
Is the advice useful?
See also
Присоединяйтесь к нам
New advices