How much is the surgery on the brain?

Surgical treatment of various pathologies of the brain requires professionalism and special care. This is because due to any damage to brain tissues can cause severe and irreversible consequences. Thus, before deciding to perform this surgery, the neurosurgeon carefully compares that need with the risk of possible adverse factors for the patient. 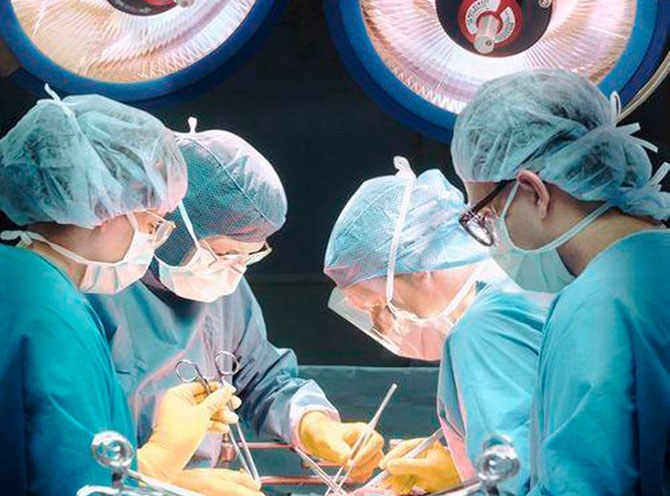 Related articles:
First of all, it should be noted that the cost of surgical intervention on the brain varies widely and depends mainly on specific diseases, methods of operation, technical equipment and, accordingly, anesthetic possibilities. Pricing for the operation of a pathology of cranial nerves ranges from 700 roubles to 40 thousand. At the same time, the cost of shunt surgical treatment is from 12 to 55 thousand rubles. In addition, the operation for brain tumors will be required to provide payment in the amount of from 12 to 150 thousand rubles depending on the specific type of tumor and type of surgical intervention. It is worth considering that the price of curative surgical therapy of epilepsy varies from 700 rubles to 39 thousand. And surgical treatment of Parkinson's disease costs about 60 thousand rubles. We must note that the data rates correspond to the year 2013 and refer to the specialized and private hospitals. Accordingly, the cost of these services in such facilities is slightly higher than in a conventional clinic.

What are the state of the brain and symptoms, requiring surgery on the brain

Distinguish certain States of the brain and the symptoms that signal the need for surgery on the brain. The main conditions include: changes in brain tissue due to infections, cancer of the brain or edema; pathology of the cerebrospinal fluid because of infection or hydrocephalus; changes of blood flow in the brain due to intraventricular hemorrhage, subarachnoid hemorrhage or subdural hematoma. Symptoms requiring urgent surgical intervention, are characterized by nausea, headache, drowsiness, vomiting and seizures.


The effects of surgery on the brain

Surgical treatment of diseases of the brain is always fraught with certain risks. Undoubtedly, the risk associated with anesthesia, which can cause a breathing problem, and directly with the operation. Because the human brain is a complex structure, so surgery it should be performed very cautiously and carefully. The most common risk due to surgical treatment include: bleeding, infection, stroke, brain edema, coma.

In addition, the operation may contribute to problems with speech, muscle strength, vision, memory, balance, coordination, can appear during the operation any part of the brain. These symptoms can then disappear or stay for a lifetime. It must be remembered that despite the risk of consequences of a surgical intervention on the brain do help even those patients, the cure of which has not been possible.
Is the advice useful?
Присоединяйтесь к нам
New advices