How to pierce ears with a needle or a gun?

The older generation still remembers a time when the ears were pierced with a needle at the barbershop. Gun for ear piercing appeared in Russia more than 20 years ago. However, he still could not displace its predecessor - the needle. 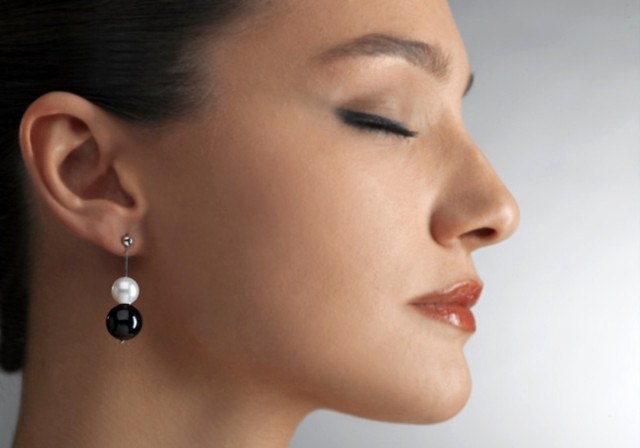 The device is a small unit that is easy to hold with one hand. The principle of operation resembles a staple gun to staple the earlobe is placed in the space between the earring-stud and its fastening element, and at high speed pierced the earring.

The main advantage of this method is its simplicity and relative painlessness – it's all happening so fast that people feel did not have time. In addition, the gun automatically sets the first hole earrings, but then you won't have to endure additional pain, as you have to do in the event of a puncture needle. In this method, the earrings are inserted separately. For this reason, like a gun to pierce the ears of children. Although, it should be noted that if the first time the child has no time to figure out what to do with it, the second ear pierced might not give, because he'll know exactly what to expect.

Now for the cons of guns. Despite its simple appearance, it should be able to, and puncture of the ears should produce a professional. Often, guns pierce the ears of Amateurs that can affect the quality of the work. The second disadvantage is the impossibility of disinfecting gun. Because of this, its use was banned in many beauty salons around the world. Although, today there are devices with sterile disposable nozzles.

About needles for ear piercing in recent times there are many opinions. Someone thinks that this is the last century and only use automatic guns, while others believe only the needles. No need to think that the needle-piercing is a kind of an ancient instrument, resembling a large cobbler's needle or awl. Puncture is a thin, disposable medical needle, so security procedure not to worry.

Another unquestionable advantage of the method – high precision and accuracy. If the gun literally breaks through the earlobe of the earring (which, by the way, not too spicy), the needle enters into the fabric exactly at a given point and very smoothly. Yes, it will take a little more time and, therefore, you can feel the pain. However, today, beauty salons offer to carry out ear piercing using a local anesthetic, so afraid of the pain is not worth it – you won't feel this. It is worth noting also that needle to work much harder, so the master, making the ear piercing, must have experience and qualification.
Is the advice useful?
See also
Подписывайтесь на наш канал