What product could be more natural than wine? It is, in fact, produsage juice of grapes. But it turns out that the production of this drink is not complete without artificial additives. One of them is a preservative E220. 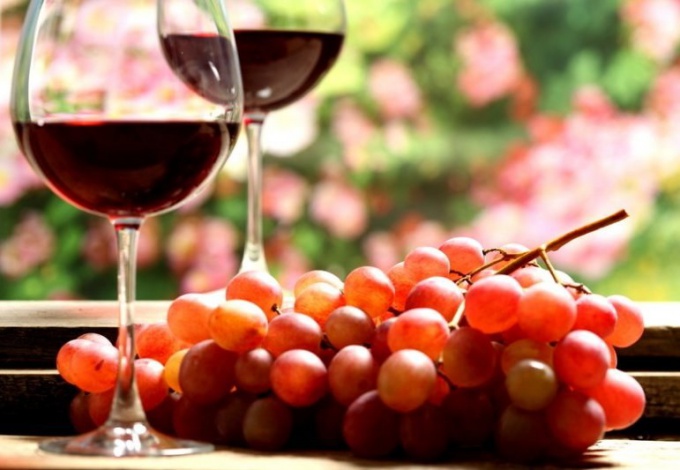 E220 or sulphur dioxide, is a gas, which is colorless, but has a sharp specific smell. It is used in food industry as preservative, although it appears in the list of additives that are dangerous to health. On the wine labels and place the other name of the preservative: sulfite, sulfurous acid, sulfur dioxide, sulfur dioxide.

Despite the potential harm that Supplement may cause health, the production of wine it is not without cost, with the exception of expensive biodynamic wines that are not available to everyone. The fact that even Packed the wine continues to ferment and oxidize. If the process is not stopped, the drink that reaches the consumer will have a terrible taste. That is why manufacturers use a preservative E220, as the analogue of this substance is absolutely safe for human health, has not yet been invented.

The main side effect of sulfur dioxide is a headache and the feeling that accompanies a hangover, which develop during the day after drinking wine. However, it is believed that if the manufacturer has met the standard restricting the use E220 the rate of not more than 330 mg in 1 l of wine, then the drink is safe for humans.

The sweeter the wine, the more sulphur dioxide it contains, since sugar enhances the fermentation. In table wines producers and reduce the additive content of up to 220-250 mg. in the morning after the holiday to experience the torments of hell, you should carefully read what the number E220 contained in the product.

Sulfur dioxide is a toxic chemical and has the third class of danger. In some people is manifested sensitivity to this preservative, the result of which may cause such side effects as headache, nausea, and even vomiting, dizziness, diarrhea, slurred speech, runny nose and cough. Similar symptoms are manifested by eating large amounts of wine, the contents E220 which exceeds the norm.

The biggest damage from this preservative is that it destroys vitamins B1 and N, as well as protein compounds. With the constant use of products containing E220, deteriorates the condition of skin, hair, nails, etc. Special caution should be exercised for people suffering from asthma and lung diseases, as sulphur dioxide can cause severe allergic reactions, even leading to pulmonary edema.
Is the advice useful?
Подписывайтесь на наш канал