Mushroom-Veselka is quite common in the middle latitudes, it grows in deciduous forests. In some areas it is called "witch's egg", "Morel", "upstart". Its main feature is the rapid growth of five millimeters per minute. This mushroom has many medicinal properties so it is widely used in folk medicine. 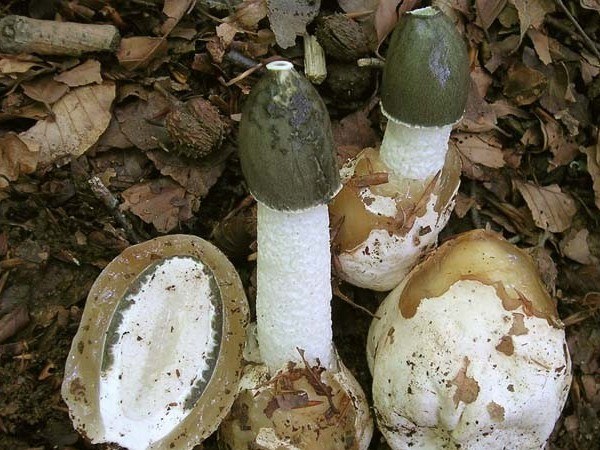 The use of mushroom-Veselka in folk medicine

Mushroom-Veselka contains a lot of volatile – natural antibiotics, so he has a marked anti-inflammatory effect. Veselka helps reduce cholesterol, normalizes blood pressure, has a positive effect on the cardiovascular system, so the mushroom used for the treatment and prevention of coronary heart disease, hypertension, atherosclerosis. Treatment Veselka is used in diseases of the circulatory system, respiratory, digestive, musculoskeletal and immune. Thanks to the ability to stimulate the body's defenses, Veselka is indicated for diseases caused by human papilloma viruses, hepatitis A, b and C, herpes and even HIV. It is recommended as a General tonic in debilitated patients, people recovering from serious illness, surgeries, after exposure to radiation.

Veselka has potent antitumor agents, it contains substances that stimulate activity of lymphocytes (the main cells of the immune system). This process is due to the increase production of perforin – proteins, in which lymphocytes attack pathogenic cells. Due to this property the tincture Veselka used in malignant and benign tumors. As external funds alcoholate mushroom-Veselka is used for the treatment of venous ulcers, nonhealing wounds, fungal infections on the hands and feet, acne, rectal fissures, inflammation of hemorrhoids. Infusions or decoctions of the mushroom effectively relieve pain in the liver, stomach and joints, provide healing, anti-inflammatory effect.

How to prepare a tincture of this mushroom-Veselka

In folk medicine, often used a tincture of this mushroom. For its preparation it is required Veselka in the stage of development ("eggs"). Three to five freshly picked mushrooms should be thoroughly washed, dried, cut into four pieces, pour a forty on medical alcohol or vodka in a volume of 0.3 liters and leave in a cool dark place for a few weeks. Use inside alcohol tincture Veselka excluded in diseases of the stomach and liver. In this case, the mushrooms are eaten fresh or used teas, tinctures fresh or dried mushrooms. It is believed that the treatment of dried Veselka is not inferior in efficacy to the treatment of fresh or cooked in the form of alcohol tinctures mushroom.

To be treated with a mushroom-Veselka is contraindicated in pregnant and lactating women and children under the age of five years. Because Veselka stimulates the immune system, it is impossible to apply this remedy to persons suffering from autoimmune diseases (psoriasis, rheumatism, scleroderma, etc.), since it is possible to cause them aggravation.
Is the advice useful?
See also
Подписывайтесь на наш канал