The types of echogenicity of objects with ultrasound diagnostics

Ultrasound diagnosis takes pride of place in the field of diagnostic methods and procedures. Ultrasonic methods are accurate, do not take much time and does not require spending large amounts of money — all this explains the popularity of this type of research. 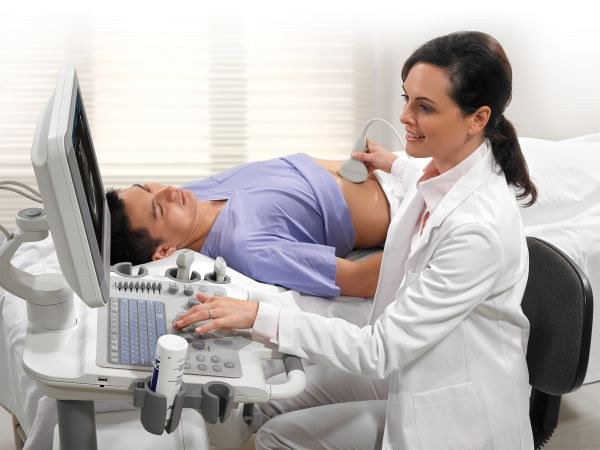 Ultrasound diagnosis is based on the ability of organs and tissues to reflect ultrasound waves. Ultrasonic sensor continuously sends a signal which is reflected off the internal organs and returns to the source. And during the procedure, the doctor watches on the monitor a black and white image.

With the help of ultrasound can assess the condition of many internal organs and systems: brain, thyroid gland, mammary glands, the heart and major vessels, stomach and the pancreas, liver, its ducts and the gall bladder, kidneys and pelvic organs. In certain cases, ultrasound is used to diagnose pathologies of the intestine. The value of ultrasonic diagnosis cannot be overemphasized.

On what does the "picture" on the monitor of the doctor

The image on the monitor of the ultrasound machine is always black and white. The intensity of the black color depends on the echogenicity of organs.

The echogenicity, or ecoprotect is the ability of tissues to reflect ultrasound signal. Each organ has its own rate of ehoplotnosti.

Reduced ecoprotect means that the structure of an organ or soft tissue, transmits the ultrasound signal with minimal obstacles, such as soft tissue abscesses in the organs, accumulation of blood in the cavity.

Increased echogenicity is characteristic for dense structures, which do not pass the ultrasonic wave. Are the bones of calcium deposits in vessels and organs, as well as the accumulation of gas in the intestines.

The echogenicity does not have a body fluid content of the bladder and the cyst.

The average echogenicity of many of the organs of the reproductive system: the uterus, ovaries in women and testicles in men.

But not only the echogenicity should pay attention at ultrasound. Doctor of ultrasonic diagnostics evaluates:

the contours of the body: they are smooth or rough, for some organs also evaluated the symmetry;
- the structure of the body: it is homogeneous or contains any inclusions, and what acoplamento these inclusions possess;
focal changes: this item plays a special role, because focal abnormalities may indicate neoplasms of different nature.

You cannot rely solely on the echogenicity of the object, but it is certainly one of the key parameters in ultrasonic diagnosis, giving the opportunity to assess the health of internal organs.
Is the advice useful?
See also
Подписывайтесь на наш канал