As a Lefty to learn to play the guitar

There is an opinion that the left handed to learn guitar more difficult, and this stereotype may be an obstacle to the development of this tool an aspiring musician is left-handed. 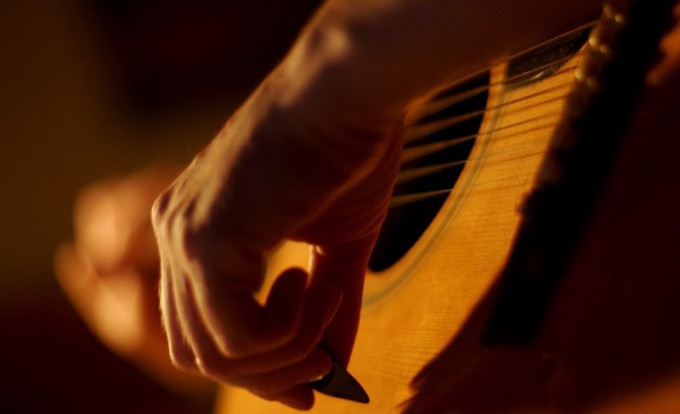 Related articles:
The first and main advice for beginners left-handed guitarists: remember, you are not deprived of the opportunity to play "blood" or virtuoso to improvise in the flamenco style. Many of the greatest guitarists was left-handed: Jimi Hendrix, Paul McCartney, Tony Iommi, Kurt Cobain, the list can be long. Of course, at first the guitar can be fraught with some difficulties, but they can be easily overcome. For lefties there are several ways to learn the art of playing the guitar.

There is a fairly widespread, including among guitarists, left-handed, the view that left-handers to play on a normal guitar is actually easier. This is motivated in the following way: hand on the fretboard makes a more subtle and precise work, it requires high coordination and sufficient endurance, and leading hand fits this role perfectly. The arm on the deck is given a secondary importance, like to hit the strings - is simple enough.

Probably the most common method of adaptation. The idea is simple - to change the strings in places, so that the thickest string will be the bottom, having traded places with the most thin, second with fifth and third with fourth. In some cases it is also necessary to remove and deploy the nut element of the guitar, located before the beginning of the frets, which made the slits for a secure fit strings.

After all done operations the tool is symmetrically turned over so that the fretboard is right hand and the deck on the left, with the result that the boundary between "lefthanded" and "right-handed" guitar players completely erased. By the way, to this method used one of the greatest guitarists of our time, a great left-handed Jimi Hendrix.

The purchase of a special guitar

And finally, the most expensive method among the above - buy a special guitar for left-handers. In fact, it is a reflection of the guitar normal, all its elements are arranged specularly in relation to the elements of the "right" guitar. If we are talking about electric guitar, the cord is to the left, volume control on top, and the strings, respectively, are stretched in reverse order.

Thus, if you intend to engage in acoustic guitar, the least expensive way will be the second of the above - a simple rearrangement of the strings, because the guitar for left-handers because of its rarity is more expensive.
Is the advice useful?
See also
Подписывайтесь на наш канал