Modern rappers dress up in the style of hip hop, which is a specific clothes, accompanying the subculture. It is the most close to the sporting style, but the producers make it a glamorous and urbanism. What brands produce repershu clothes in hip hop style? 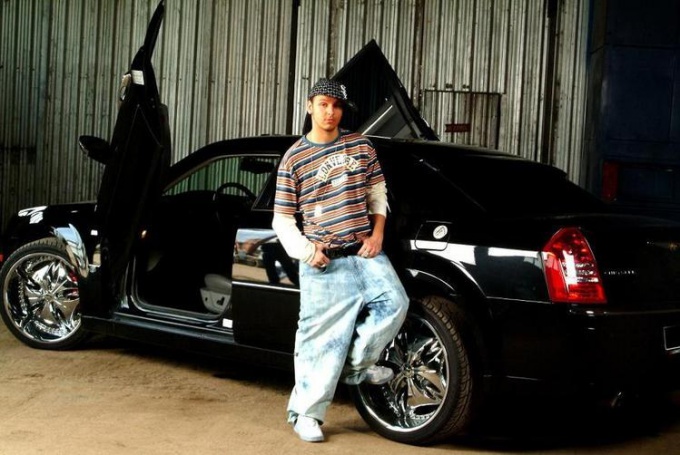 The history of rap

Ribarska culture first appeared in South Bronx – "black" new York quarter in the first half of the 70-ies. Its founder is a DJ Africa Bambaataa, to borrow a nickname from the Zulu leader of the rebels fighting against the white invaders. It is Africa invented the term "hip-hop", which called symbiosis reperskom style, dance and specific music.

At that time ribarska culture is a kind of alternative semi-criminal lives of young African Americans out of black neighborhoods.

Thanks to hip-hop aggressive-minded youth have devoted their energies to a peaceful course, coming up with rhyming texts (carts), which they were able to sublimate their negative. Particularly popular among young African-American environment were the so-called "battles", in which rappers organized competitions by reading their carts. The winner of the verbal battle was determined by the crowd, and as the main prize, the rapper received a sum of money. Later formed and a special, repetski the style of clothing that started to wear and white youth.

For hip hop style are typical mens t-shirts, sweatshirts, t-shirts, hoodies & sweatshirts with hoods, made in dark and grey shades, which today has expanded to more bright shades. Also, fans of rap music are very wide skinny jeans too low showing the edge or the entire upper part of underwear. Thus they Express their disregard for public norms of ethics and culture.

Not less popular in repershu environment are and sweat pants, however, the main criterion for their wear remains an incredible width.

The most iconic brands of the modern rappers consider to be the Adidas brand, Tribal Gear, Reebok, Nike, Puma, Hardflex, Carhartt and Dickies. Shoes for this subculture produced by the same manufacturers – so, each rapper must have a volumetric model of sneakers or shoes from such popular companies as Superstar, Nike or Adidas Forum. Of accessories fans of hip-hop culture choose wearing bandannas, wristbands, stylish caps with visor, shovel, and jewelry (e.g., in the form of a dollar sign), grills (teeth made of precious metals), massive chains of gold, expensive watches and other attributes repertoi subculture.
Is the advice useful?
See also
Подписывайтесь на наш канал