Why grow hair on belly during pregnancy

During pregnancy a woman's appearance is noticeably changing, and change is not always limited to an increase in belly and roundness forms. Often, the pigmentation appears on the face, the skin of the abdomen and around the nipples, the skin becomes dry, there is swelling. A lot of anxiety delivers mothers-excessive hair growth – undesirable vegetation can even appear on the chest and the abdomen. 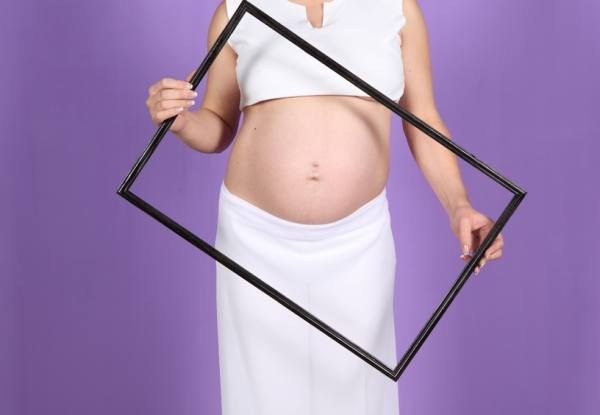 The reason for the appearance of hair on stomach during pregnancy

Vellus hair in women – a common phenomenon. Often the lanugo hair is soft and thin, they are almost invisible and delete them specifically is not required. Less common in women are dark and thick hair - this is usually due to a genetic predisposition or malfunction of the endocrine system.

Excessive hair growth in pregnant women is due to hormonal changes. Typically, hair on the abdomen begin to grow vigorously in the early period of pregnancy in the first trimester. At this time, in the adrenal cortex and the placenta begins to increased production of male sex hormones that encourage the growth of undesirable vegetation.

Another cause of hair on the abdomen – increased level of progesterone. Progesterone the majority of women are required long hair, not losing density up to the birth – an excess of this hormone prevents the hair to fall out, extending the life cycle of follicles. The number of fallen hair is reduced not only on the head but the whole body.

Sometimes increased body hair may be one of the symptoms of hyperandrogenism – a condition when the adrenal cortex or the ovaries make more male hormones than you need. Hyperandrogenism may lead to premature termination of pregnancy, so if the hair on the abdomen and other parts of the body a lot, their appearance coincides with changes in the condition of the skin (increased sebum secretion, acne), you should consult a doctor for diagnosis.

Even if the test results confirm increased levels of male sex hormones, pregnancy is not necessarily special treatment is required - if the threatened abortion no, the doctor will be limited to observation.

After childbirth, when hormone levels return to ordinary condition, women often notice increased hair loss, and not only thins the hair falls on the head, and the body. At the same time disappears and pigmentation. This usually occurs after three to six months after birth.

To remove hair on stomach during pregnancy is not recommended – the usual methods of hair removal, including shaving, applying creams, pulling with tweezers, lead to ingrown hairs, the appearance of pustules on the skin.

Hardware methods of hair removal during pregnancy is absolutely contraindicated, regardless of its term.

If the vegetation is thick and dark, it can be carefully cut with nail scissors until the birth it will be enough to make the hairs less noticeable, and soon after the appearance of the baby born they quietly disappear.
Is the advice useful?
See also
Подписывайтесь на наш канал