How to grow hair during pregnancy

With the first day of pregnancy begins hormonal changes that affect the entire body of a woman. The effect of fluctuations in hormonal levels affect the health and appearance. Throughout pregnancy status and growth rate of hair may change several times. 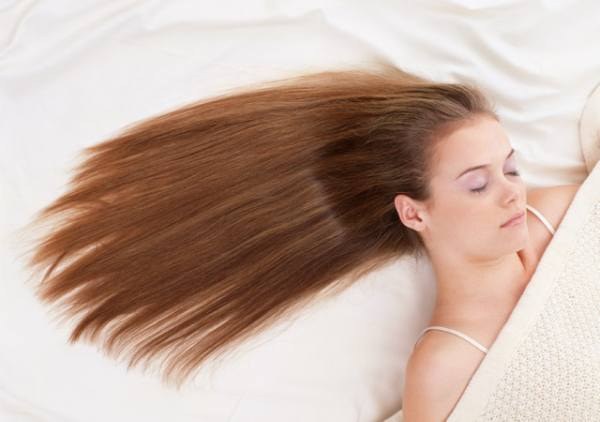 Related articles:
Instruction
1
In the first trimester, many women complain that hair became more oily than before, stronger fall, acquired a dull and lifeless appearance. This is due to the adaptation of the organism to a new state. Often in early pregnancy, expectant mothers suffer from morning sickness, not allowing you to eat normally, leading to a lack of nutrients, and sometimes to dehydration. In this situation, the hair lacks nutrition, and their appearance quickly deteriorates. Usually by the second trimester the situation returns to normal.
2
Closer to mid-pregnancy hormonal changes natural cycle of hair growth. Normally hair grows for several years, then enters a rest phase, remaining in it for 2-3 months and then falls out. At the same time in the resting phase is no more than 10-15 percent of the total amount of hair, the rest are in the growth phase. During pregnancy, the resting phase is lengthened, there is less hair.
3
Gradually to the resting phase and becomes part of the hair that was previously in a growth phase, but they are in no hurry to fall. The total number of hair on the head increases, hair becomes much more dense and lush. Many women find that the hair will also become shiny and less oily than before. Sometimes a change in the structure of hair – straighten curly, and straight lies intricate waves.
4
About three months after birth, the influence of hormones, not allowing the hair to fall out, ends, and all the hairs that were in resting phase, leaving his mistress. Young mothers are usually very scared of enhanced deposition, but a month or two later it stops, restores natural life cycle of hair.
5
Less common less pleasant situation – hair during pregnancy becomes even more dense, but the appearance leaves much to be desired, strands quickly salted and look weak or, conversely, more dry than before, and break. It is also associated with changes in hormonal balance. Fortunately, this hair is not delayed for a long time - a few months after birth, the hair will usually be the same as before pregnancy.
6
Hair during pregnancy require more careful care than before. Chemical load (coloring, highlights, perms) it is better to reduce or eliminate – although the view that hair dye is harmful to the future baby, not confirmed, the regular inhalation of caustic vapors accurate will not benefit either child or mother. Cut hair.
Is the advice useful?
Присоединяйтесь к нам
New advices