How to see satellite

If in the evening or morning twilight in clear weather to go out, there is a very high likelihood that soon you will see in the sky one of the many artificial satellites. 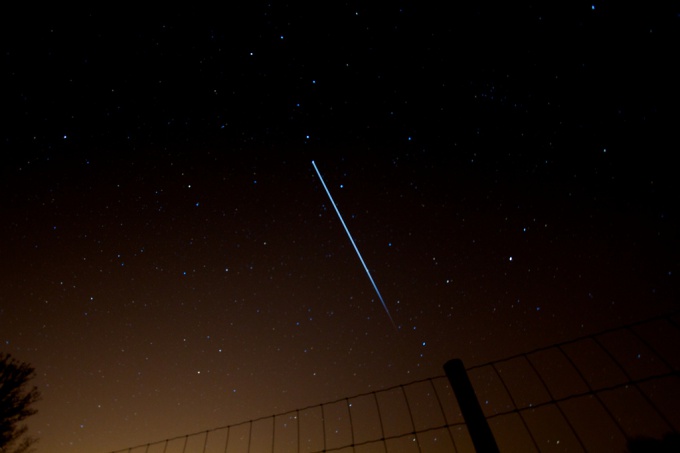 Currently, the number of running earth's orbit of the satellites is about 35,000. Most of these objects - nothing more than space debris, ranging in size from soccer ball to one meter in diameter.

Most satellites cannot be seen with the naked eye. But hundreds of them can be seen. Satellites are large enough - from 600 metres in length and located at a fairly low altitude, from 1400 to 8400 feet above the surface of the Earth.

You can see them provided that they reflect the sunlight.

The largest artificial satellite of the Earth

The international space station (ISS) - the largest artificial satellite in earth orbit. The construction of the station began in 1998. Its size is four times exceed the dimensions of a no longer existing station "Mir".

The ISS rotates around the earth's orbit at the altitude of 348 km and at a speed of 27700 km per hour. Space station makes around the Earth 15.7 turnover for the day. It can be taken for fast flying plane, crossing the sky for about 4-5 minutes.

Due to its large size and panels, well reflecting the sunlight, the international space station is the brightest man-made object to orbit the planet.

Under favorable conditions, the plant would glow as brightly as the planet Venus and is 16 times stronger than the brightest night star, Sirius.

In addition to ISS, you can search for the eyes of the Shuttle. Also see with the naked eye in Earth orbit space telescope "Hubble".

When is the best time to observe satellites

The best time of the year to monitor the satellites in June and July. In these months, the nights shortest, and the Sun will take longer to illuminate objects in the sky. In other months you will not see this.

In addition, because the ISS is in relation to the equator at an angle of 51.6 degrees, you can see two different trajectories of its motion across the sky.

At first the station appears in the southwest part of the sky and rushes to the North-East. After seven or eight hours, you can see a very different movement: the satellite rises in the Northwest and goes beyond the horizon in the South-East.

Best watch for monitoring orbital station - 45-60 minutes after sunset and 40-60 minutes before sunrise.