How to apply for maternity capital for the purchase of housing

Due to the annual indexing, the means of the parent capital today become a real support for families to improve their living conditions. 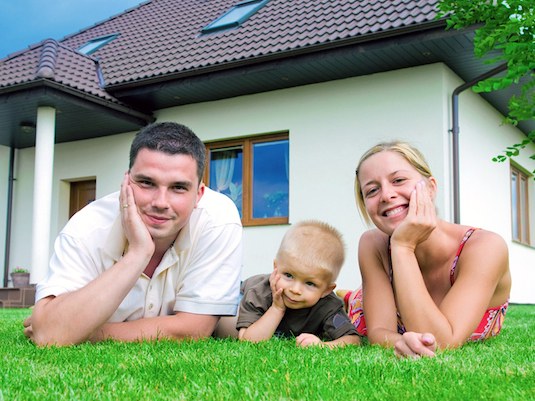 Related articles:
Maternity capital is a way of state support for families where was born the second and subsequent child. To spend it is not allowed for any purpose, but merely for the improvement of living conditions, education for children or increasing the funded part of pension. Cash to these funds impossible. The money is issued in the form of a certificate, which is then used for the purpose.

Who is entitled to capital

The list of persons set by law and not subject to broad interpretation. On the maternity capital has the right to expect:

- a female citizen of the Russian Federation, which had a second or third child after 1 January 2007, provided that the earlier children were not given the maternity capital;
a man with Russian citizenship, single-handedly adopted the decision of the court of the second or subsequent child, if the verdict had entered into force before 1 January 2007;
the father of the child, regardless of nationality, if the mother of the child no longer has the right to receive the parent capital due to death, deprivation of parental rights or committed an intentional crime against the child;
- minor child (or children in equal shares) or the child is enrolled full-time educational institutions (up to 23 years of age), if the father or mother has lost the right to receive state support.

How to make a capital

After the birth (adoption) of a baby person applying for state support, must appear at the office of the Pension Fund according to the registration, fill out an application (samples are on the Foundation's website and in local offices) and present:
- Assembly record about a birth of all children;
- passport;
- the adoption papers.

All child documents should have a mark about citizenship of the child.

Application is considered within one month, after which a certificate is issued. Taxes this state is not taxed. In 2014, the parent capital is 429 408 rubles 50 kopecks.

What kind of housing you can buy

Depending on the type of purchase of habitation by means of the parent capital in the Pension Fund should submit the following package:
- equity participation agreement;
- documentation of right of ownership of land for individual housing construction;
- permission for the construction of private homes;
- credit agreement;
- information on the amount of debt to the Bank.

Features buying a home with capital

By law, the readiness of the object acquired at the expense of the state, shall not be less than 70%. Capital funds transferred to the account of seller of property usually within 2-3 months. The length of time sometimes makes it difficult to search for the "secondary" housing: not every dealer will agree to wait that long.

As a rule, the payment of money occurs in two parts by 50%.

It should be noted that the document on maternity capital is issued to a specific child or parent, and for the whole family. Therefore, the house or the apartment acquired in the common ownership (joint or shared).

If housing purchased with a mortgage the parents give written assurance that, after its payment and cancellation all of the restrictions of the housing will be re-registered on the children with the apportionment of shares. Monitoring compliance with these obligations provides Pension Fund. In case of full payment, the shares will be determined immediately.

The company that constructs, in their Charter should have a provision stating that it is entitled to receive payment of the funds of the parent capital. In contracts on equity participation and sale also prescribes the order of calculations of the capital.
Government funds can be used either in full, or in part, for example, leaving the education of children and / or contributions to the funded part of pension.
Is the advice useful?
See also
Присоединяйтесь к нам
New advices