Can I wear a wedding ring of a deceased person

It is undesirable to wear not only the wedding ring of a deceased person, but all the rest of his stuff. In particular, do not remove things from the dead body, leaving them a memory. They need to be buried together with the deceased. But this is only one of the versions. 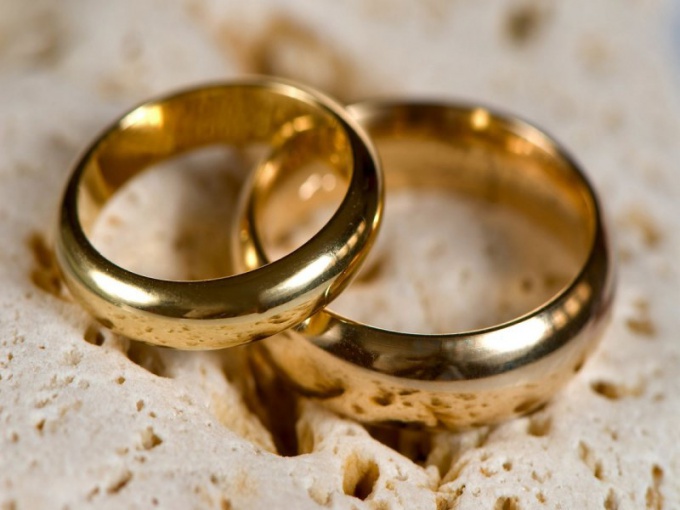 Can I wear a wedding ring of a deceased person?

Someone thinks not. After all, every thing the deceased person actively engaged in life, keeps memory about him. The wedding ring is a special "drive". The fact that precious stones and metals have a kind of energy memory. It is logical to assume that the ring was on the finger of the deceased at the time of his death, carries negative information about the state of his master.

Proponents of this version believe that in no case can not wear ring of the deceased in their hand. Although some of them argue that such engagement ring can be energetically "reinkarnovat", and then to put on his finger. They offer to hold it for a day in Holy water, making a kind of "energy reset". Why day and it in Holy water – unknown.

The recipe for "clean energy" engagement rings: soak the ring in salt water, after about three hours. Then it is necessary to rinse and hold it under the steam jet.

There is another version of what to do with a wedding ring of a deceased person. Some optimists do not suggest to get rid of this jewelry. These people strongly deny the risk of a repetition of the fate of the deceased at his wedding ring to another man.

Of course, one can argue, since all of this is folk beliefs and superstitions. The official science on this issue so far do not give any comments. In this case, it is better not to risk it.

What to do with things where people didn't die?

Many people do not share the view that all the possessions of the deceased person should give away or to bury with him. And it is clear. It's one thing when it comes to those things in which the deceased had departed to another world, another personal things that have nothing to do with his death!

For this reason it is possible to result a bright example: the woman's husband died, which was recorded in a car. He loved his "swallow" the souls in it not chayali. But this does not mean that the car is likely to sell and not to sit in it, not ride it in the future. And with other things.

Is considered a bad omen to give the possessions of the deceased (including his wedding ring) other people. Otherwise, they will give negative energy, which was this man.

In General, each person decides what to do with those or other items and jewellery that once belonging to the deceased. It all depends on personal beliefs.
Is the advice useful?
See also
Подписывайтесь на наш канал