Why do men call women Chicks

Today, often from boys and adult men can be heard against a girl the word "chick". As it turned out, this word a few centuries ago, and also treated the girls. What is the meaning of men in this word today? 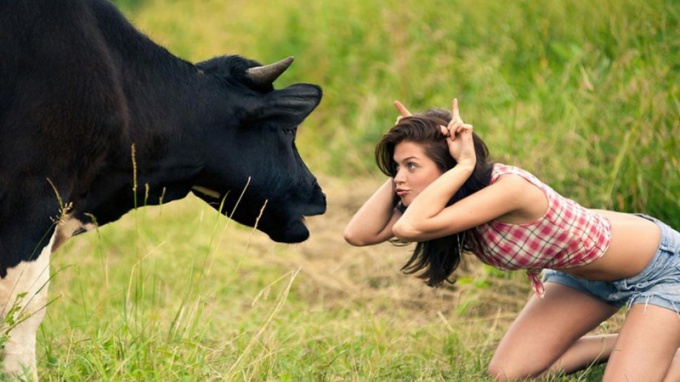 How it all began

In Russia, before you get married, the future groom or bride had to undergo the rite of courtship.

Usually marriage came to the house where the girl lived, the parents of the young man or the young man. The process contained a lot of different nuances and beliefs which are unquestioningly followed the matchmakers for successful completion of the "deal".

One of these beliefs was expressed in the following: the matchmaker was supposed to start a conversation on the alleged abstract theme, hinting at the purpose of your visit. Very often a young guy and a girl were compared to animals. One of these comparisons just and contained an analogy of a girl with a chick.

SWAT told the story about looking for a chick that supposedly got lost and stuck to the house of girl's parents. And then asked: would the calf to move into his house. This meant that the bride asked to marry.

"Broad" and "chick" is called in the main young girls. Women at older ages is not the case.

Hard to believe that a similar analogy could be preserved to modern days. But again on the "pussy" they say almost everywhere, and no man falls into a stupor, hearing the word, so the analogy really had a solid Foundation.

Chick literally called young cow, not yet had calves. This also is attributed to not yet saggy udder, which, of course, represents the Breasts of a young girl.

Today "chick" - not a compliment to the girl. As the word became mostly a negative connotation, recall, and other signs of Chicks: stupid, constantly chewing young cow.

About what is the meaning of lay men in the definition of "Chicks" relative to girls, we can talk endlessly.

First, men, especially young men, can understand. Calling girls Chicks, they try to assert themselves. So the guy is trying to show his disregard and independence. This is particularly important in the transition to adulthood.

In the modern Russian language there are neologisms based on the figurative meaning of the word "chick". Usually, neologisms arise on the basis of the origin of subcultures. For example, "amtelco", "gopotelka", etc.

In any case, when a man calls a girl a "chick", it means that there are no serious intentions to it has not. Or just unsuccessfully trying to hide these intentions.

But it is necessary to distinguish between when a man is joking, and when he's just indifferent. If the guy laughed and affectionately calls you "his girl", offended, of course, not worth it. If you find it too unpleasant to listen to, I immediately tell him about it and not hoard offense inside. Miscommunications lead to quarrels, and quarrels to discord in the relationship.
Is the advice useful?
See also
Присоединяйтесь к нам
New advices