Who are Christina and Dan's good-Natured

Many Internet users are familiar with Christina Tributes and good-Natured. Couple of kids in love provides an example of how to develop a real relationship between a man and a woman. 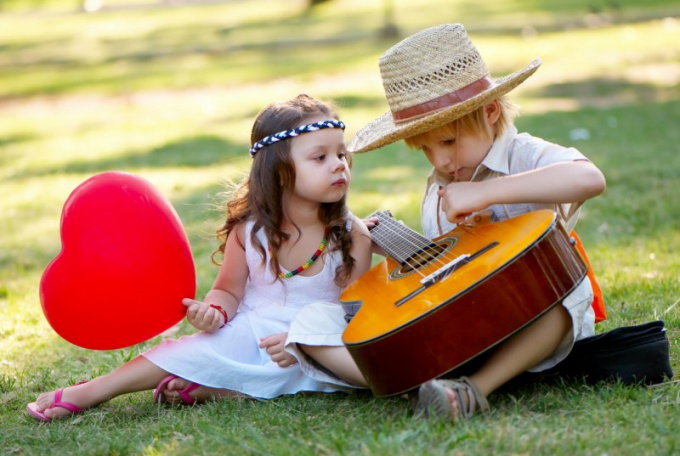 The development of the relationship between Christina and Danae watched by thousands of fans from around the world. At the moment, teenagers for 15 years. Their story began in early childhood. Dan and Christina met on the Playground. When they turned 7 years old, went to school. Stage of a serious relationship started at the age of thirteen. For several years the couple talks about their relationship, posting on a social network joint photos. The guys try their hand at acting, participating in youth movements, compose and sing ballads about love. After-school sweethearts get together to go to University. How many touching poems Dan was dedicated to his beloved Christine. Sincere feelings become the reason for the popularity of Teens.

Christina and Dan always appear together in public, take part in different events and shows. Fans are watching with interest the development of their relationship.


Daniel and Christine was in one of the most popular social networks "Vkontakte". In the column "marital status," Christine says she's married to a good-Natured Tribute. Each day the girl puts on your page new photos that captured the moments of the joint leisure of children. A popular pair is a frequent guest photo shoots, fashion shows, TV shows because the theme of love between the Russian Romeo and Juliet is quite relevant. The guys released their debut song "Love is stronger" and shot a video. You can see photos of lovers from Christina's birthday and her concerts.


The guys in the social network thousands of subscribers. It's the people who are interested to follow the life of a young couple, view photos and find out what Christina and the Tribute was a new day. Guys post videos of the joint activities, visits, meetings and parties. The good-Natured Daniel was born 25 December 1997, and Christina 21 January 1998. The boy is a Korean martial art - Taekwondo, physically fit, able to stand up for his lady love. Christine is a diligent student in school, good singing and excellent dancing.

There is an opinion that love is a continuous story and PR for the guys, and they are each other brother and sister. Proof - the resemblance of teenagers. Perhaps the parents are directly related to the development and popularity of children. People's love and admiration can help in the future guys. They engaged in creative activities: are the concerts, singing. And for the actor and singer it is very important to be recognizable, it is important to have a history that will be remembered. Fans of the couple firmly believe that the guys have a serious and durable relationship,and their feelings are mutual. Only time will be able to put everything in its place, and the truth will come out.
Is the advice useful?
Подписывайтесь на наш канал