What does a suspended sentence

Imprisonment for a certain period of time, the people called the conclusion, is used as criminal punishment in almost all countries of the world. The conclusion can be real or virtual. 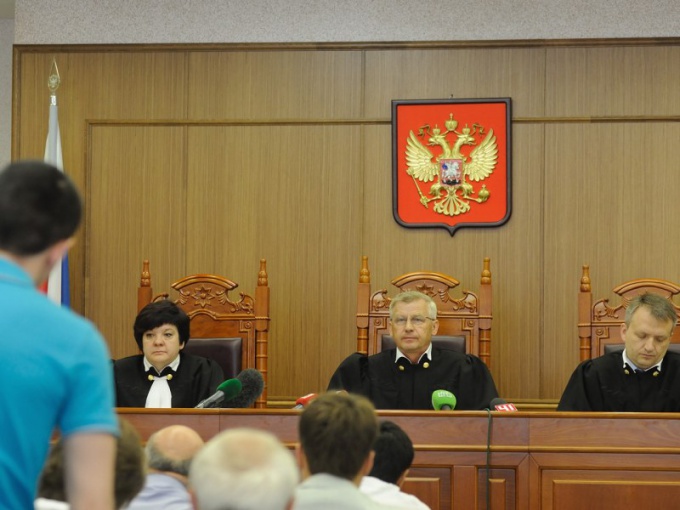 Related articles:
A conditional sentence is not quite accurate. Lawyers speak in such cases of postponement of execution. However, the very condemnation is quite real: the court renders a guilty verdict, recognizing the defendant guilty, and even appoints punishment in the form of imprisonment. But in the execution of the sentence is not given.

A convict is assigned a probationary period. The duration is also determined by the court, but it is less than the term of imprisonment that a convict has been assigned. If any of the crimes and offenses not commit, a conviction will be extinguished, man is free. If he during the trial period will once again embarrass itself, a crime – not necessarily the same, for which he was convicted – probation turn into a real man will go to the places of deprivation of liberty.

The law does not specify who can appoint punishment in the form of probation, and who can not. There is no direct relationship and type of crime, but less than the consequences of the act of the accused, the more chances he has to get just a suspended sentence. So, people who committed petty theft are more likely to be a suspended sentence than a murderer or a rapist.

Consider the court and the identity of the accused. Even if the crime does not belong to the category of serious, the man has little chance to get probation, if he has in the past been brought to trial. A conditional sentence is intended primarily for accidentally stumbling of a man who regrets his deeds and sincerely desire never to commit unlawful acts.

Without limiting the range of offences for which it may be imposed a suspended sentence, the law will determine what penalties can be conditional. It is not only imprisonment, but also corrective work, the maintenance in disciplinary military unit and restrictions on military service. Imprisonment may not be suspended, if the appointed time is more than 8 years.

A convict on probation subject to certain restrictions. He is under the supervision of the criminal-Executive inspection and obliged to be there, if his cause, and to report, as he performs the duties assigned to him by the court.

Responsibilities these are determined by the specific situation. For example, if a person has committed a crime in a condition of alcoholic or narcotic intoxication, the court may order him to be treated for alcoholism or drug addiction. If he did something to someone a material damage, it may be required the damage to reimburse by a certain date.

If the convict decided to change their place of residence, place of work or study, he is obliged to inform the criminal-Executive inspection. To go abroad it is forbidden for him.

The main requirement for conditionally convicted person not to commit any illegal actions. Otherwise he faces a real imprisonment.
Is the advice useful?
See also
Подписывайтесь на наш канал