Avoid unplanned pregnancy can be different methods. The drug Postinor is one of them. However, you cannot use it often. Only in case of emergency when there has been unprotected intercourse and there is a risk of unwanted pregnancy. 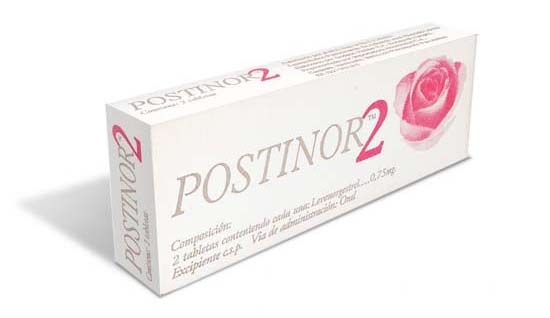 The composition and principle of influence "Postinora"

The basis of the drug is ingredient - levonorgestrel. In packing only two white pills. The first pill should be consumed no later than 72 hours after unprotected intercourse and the second 12 hours later.

Levonorgestrel prevents release of an egg, thereby preventing fertilization, so the earlier enacted the drug, the more effective its impact. If the fertilization has already occurred, the pill will not work.

The effectiveness of the drug is not 100%, and on average, more than 70%, therefore, does not exclude the possibility of an unwanted pregnancy even after timely taking the pills.

Any failure to comply with the instructions for use reduces the impact of the drug. The break between the first and second tablet should not be more than 12 hours. If after taking happened again unprotected intercourse, the action "Postinora" it is not covered.

Postinor can cause disorders of the menstrual cycle, to delay menstruation. In case of violation of the cycle must be immediately consult a qualified specialist.

If even after taking Postinor", pregnancy still occurred and the woman decides to keep the baby, the development and formation of the fetus is not disturbed.

The drug is already occurred pregnancy does not lead to its termination. This drug possesses abortifacient properties, but can cause heavy bleeding and the need for surgical intervention. Other side effects may be: diarrhea, vomiting, excessive tiredness and fatigue.

The consequences of regular use

Welcome "Postinor" - a great stress for the body. Even once is sometimes enough to cause a serious hormonal imbalance. All depends on the individual characteristics of the organism.

Doctors opinions are also different. Some believe that the use of Postinor, it is possible, but very rare, others - that only in the most urgent cases. However, they agree that frequent use invariably leads to undesirable consequences.

In some countries, this drug is generally prohibited or is issued strictly on prescription. In Russia to buy Postinor not difficult, although the instructions specified that the terms of the leave - in recipe. One should not underestimate its potential danger to health.

Girls up to 16 years of age and people with liver disease do not drink Postinor. For them, the consequences can be extremely unpredictable.

Unfortunately, young girls are quite careless with their health. Not knowing the dangers for the body and your future motherhood, they drink Postinor almost every month, believing it to be a normal regular method of contraception. You should carefully study the manual and think very well before taking this potent drug.
Is the advice useful?
See also
Подписывайтесь на наш канал