Clinical studies have proven that more than seventy percent of the population suffer from occasional and chronic pains in the temples. Such discomfort can indicate completely different types of diseases. 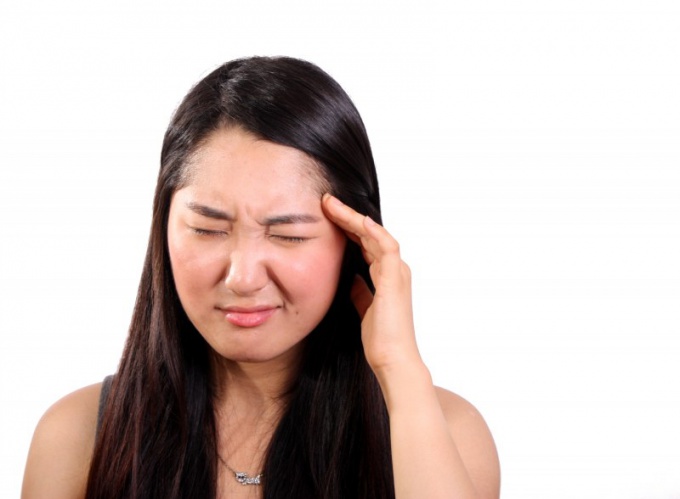 The percentage of people with similar symptoms can be much higher, since many self-medicate, refusing to turn to doctors. More than half take non-prescription medicines, often abusing the pills. This can lead to kidney or liver, as well as allergic reactions.


In the simplest cases, the pain and pressure in your temples can indicate problems of the tonus of brain vessels. If these feelings arise in young people, they usually indicate autonomic dysfunction, severely increased intracranial pressure or migraine.


In middle-aged and elderly pain and uncomfortable pressure in the area of the temples can talk about high blood pressure and the occurrence of cerebral atherosclerosis. Cause pain can change the weather, emotional or physical overload. In such cases, is characterized by the occurrence of gravity in the area of the head, throbbing pain in his temples.


Poisoning, including alcohol, can also cause pain in the temples. In such case it may help provoke vomiting. Administration of activated charcoal and a cold compress can also improve the General condition.

Sharp pain in the temples may indicate a serious disruption of the spinal and cranial nerves.

Beam pain and migraine — a nasty disease. As the main symptom acts as a sharp pain abruptly covers half of the head from temple to occiput. Along with the pain before the eyes of the patient often have bright shiny points. Often during bouts of sensitivity to the tastes, smells, and other nervous stimuli is significantly increased. Without treatment, the discomfort quickly spread around the circumference of the head, causing vomiting. A sharp pain accompanied by weakness and bouts of photophobia. Migraines can last from an hour to a day. The protracted for several days an attack of migraine can cause a stroke.
Is the advice useful?
See also
Присоединяйтесь к нам
New advices