What is ovulation syndrome

Ovulation syndrome occurs during ovulation. The treatment of this aspect of the body does not require, but it is important to distinguish it from serious diseases, requiring medical intervention. 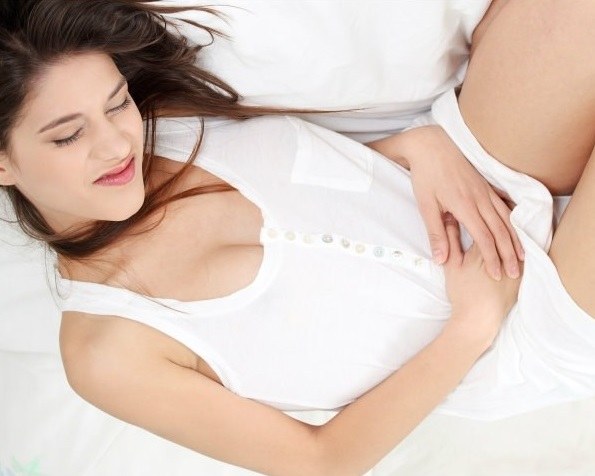 Related articles:
Ovulation syndrome occurs in some women at the time of ovulation. In this case, there is pain, and both strong and lightweight and bloating. In addition to these symptoms the woman is watching and spotting. Is this normal? Or we are talking about pathology?

Every month in the middle of the cycle in the ovary of the woman is the maturation of the egg. The follicle, which serves as a repository for eggs, first increases, reaches 2 cm in diameter and bursts, releasing the egg. This process is so natural for a woman's body that she does not feel like the monthly transformations, but the thing is that some of the rupture of the follicle causes pain in the abdomen. The blood is due to insufficient hormone production due to "downtime" in the ovary. In the result the mucous membrane of the uterus is partially goes along with the blood, however, this process is short and takes only 1-3 days.

It is very important to undergo examination and ovulation to distinguish the syndrome from other diseases associated with similar symptoms – appendicitis, ovarian apoplexy, inflammation of the appendages, endometriosis and others.

If exclusion of all other diseases and diagnosed with ovulation syndrome, women are usually sent home without any treatment. Because this syndrome is not a disease but just a feature of the organism, which consists in an increased sensitivity to ovulation. Of course, if the pain was not too bright and 3-day selection does not deliver much hassle, then you don't pay attention to ovulation syndrome and live his usual life. But what about those who waits with fear for each ward of ovulation?

To help solve the problem of oral contraceptives. Because the effect of their reception is precisely in the inhibition of ovulation, and therefore will not happen the rupture of the follicle and will not be pain and discharge. If this method of solving the problem cannot be used, we can only drink pain medications in the dosage and form prescribed by your doctor. Sometimes it may help simply limiting physical activity and exclusion of sexual contacts for the period of ovulation. I must say that this syndrome has its advantages – you can accurately predict the time of ovulation, and therefore to plan the conception.
Is the advice useful?
Подписывайтесь на наш канал