How to build castles in the middle Ages

In the middle Ages the castles were built to protect residents and to ensure the security of the feudal Lord and his family that lived in it. Most medieval castles were built from the 9th to the 12th century on the territory of modern great Britain, France, Ireland, Denmark, Belgium, Austria, Sweden and Italy. The finished castle was a small town where there lived a family of the feudal Lord, his servants and workers, as well as other "citizens". 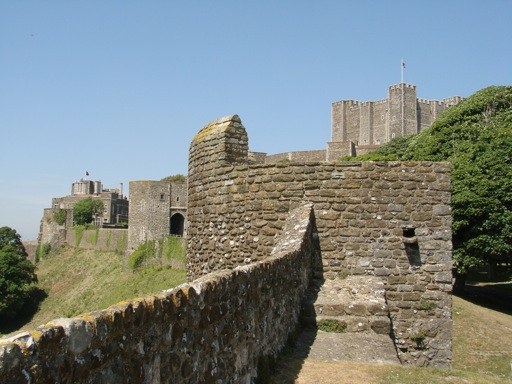 Castles were often built near bodies of water, as seas and rivers provided a great review to track and attack foreign invaders.

The supply of water was allowed to keep ditches and gutters, which are an indispensable part of the defensive system of the castle. The castles also functioned as administrative centers, and water helped to ease the collection of taxes, because the river and the sea was an important commercial waterways.

Also the castles were built on high hills or in the cliffs of the rocks, which were difficult to attack.

The stages of construction of the castle

At the beginning of the construction of the castle in the ground around the location of the future building were dug ditches. Their content was formed inside. It turned out a mound or hill, which was called "Mott". Later on it was built the castle.

Then were built the castle walls. Often the builders erected two rows of walls. The outer wall was lower than the domestic. It was a tower for the defenders of the castle, a drawbridge and gateway. On the inner wall of the castle were built towers that were used for living. The basement rooms of the towers were intended for food storage in case of siege. The site, which was surrounded by the inner wall, called "Bailey". On the site there was a tower, where he lived a feudal Lord. The locks could be expanded with extensions.

What did the castles

The material from which made locks, was dependent on the Geology of the area. The first castles were built of wood, but later as a building material began to use the stone. In the construction used sand, limestone, granite.

All the construction was done manually.

The castle walls are rarely entirely composed of solid stone. The outside walls were made of treated veneer stones and the inside is laid out the stones of uneven shapes and different sizes. These two layers were joined with lime mortar. The solution is prepared directly at the site of the future construction, and it also whitewashed stones.

On-site construction wooden scaffolding was erected. While the horizontal beams are stuck in the made in the walls of the fossa. Across the top they put the Board. On the walls of the castles of the middle Ages you can see the square indentations. This is mark from scaffolding. On completion of the construction of the niche was filled with limestone, but over time he was off.

The Windows in the castles was a narrow hole. The castle tower small openings were made in order that the defenders could shoot arrows.

If it was about the Royal residence for the construction were hired professionals across the country. So the king of medieval Wales by Edward the First built their circular locks. The masons cut the stones into blocks of proper shape and size, using hammer, chisel and measuring tools. This job required high skills.

The construction of the castles took from three to ten years. Some of them were built in a war zone, and to perform the work required more time. Most of the castles built by Edward the First, still standing.
Is the advice useful?
Подписывайтесь на наш канал