How much to pay models 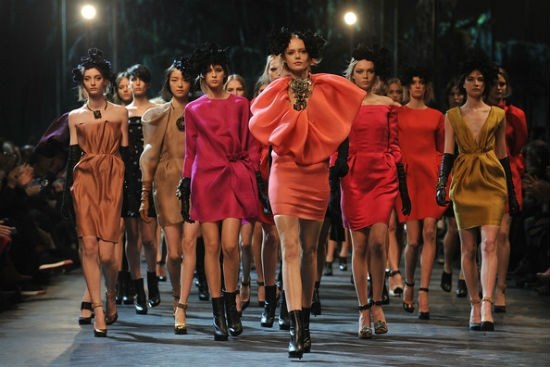 The most famous supermodels in his multimillion-dollar income work hard. For example, Brazilian supermodel Gisele bündchen has partnered with twenty companies like Victoria's Secret. A lot are young runway model. For six weeks they do 70 shows and earn at the same $ 250 per hour.

The age of models and salary

Disabled since the age of the model comes quite early, they should save the money that they have earned. Already by the age of 30 their career is usually completed.

Early in his career, many models are faced with a difficult choice: whether to agree to cash work, such as labor in the changing rooms, advertising, catalogs, and lose the opportunity to be in the world of high fashion, or go the way of fame and glory, overcoming financial difficulties, working in exchange for a good image?

The difference between the salaries of models and other professions

Salary of models differs from the earnings of many other professions in that it is irregular. Fashion week in the view of many is an opportunity for models to earn more, but this is not true. This is just a chance to show himself to the world, and he is the model many hours of work.

But the real money comes from other sources. The model, for example, can try on clothes for a designer before the display of clothing and get a $ 1,000 a day. On the other hand can be photographed for international magazines and not get a penny.

Instead of money models sometimes offer barter. For their work they can get the clothes after the show or a gift card that can be redeemed for brand products, which sometimes date back several years.

Frequently in arrears for several months, but the Agency can pay a model in advance.

In General, the salary of the models depends on the industry in which they operate. Statistics from the employment offices shows that on average models earn $ 14.89 per hour. While average hourly wages models in the field of furniture production is $ 27.35, in the sphere of periodicals and music - 24.44 dollar industry of sports and musical instruments - $ 19.88, in clothing stores - 14.89 USD.
Is the advice useful?
See also
Подписывайтесь на наш канал