How to draw a 3d star pattern on paper 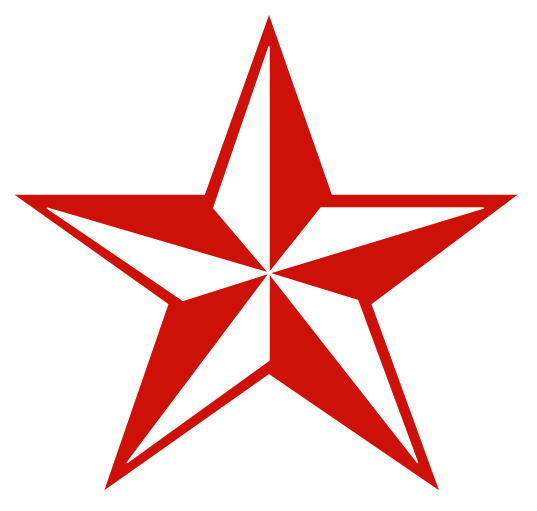 Related articles:
Instruction
1
To make a 3d star pattern on paper, quite pencil of the same color. Better the picture will turn out if to draw her a simple soft pencil.
2
Most likely, you already know how to draw an ordinary five-pointed star with one stroke. It is from this and start your 3d drawing. On the left of the sheet, spend straight horizontal line, without lifting your pencil, then drawing a line, turn in the lower left corner of the sheet at an angle of about 30 degrees, then right up, right down. Complete the drawing by connecting lines from the starting point. To make it easier to draw a star, you can compass to draw a circle and mark on it five points at an equal distance from each other. They will form the vertices of a 3d star of the future. 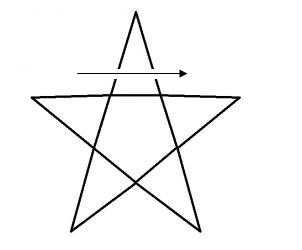 3
Erase the inner lines with an eraser to the inside of the figure was empty. Find the center of the figure and put it point. If you have entered star in a circle with a compass, it is the place of its installation will be the middle of the 3d drawing. 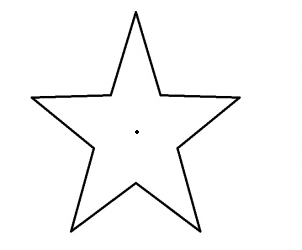 4
To draw a 3d drawing on paper in the form of a star, swipe from every corner of the figure straight lines to the center. They should be drawn not only from the vertices of the star, but also from the inner corners, as shown in the picture. 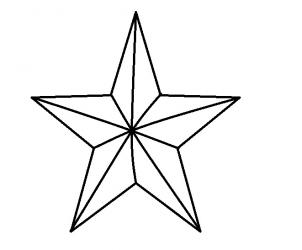 5
If you have a sheet of paper, the stars appeared, divided into ten equal triangles, so you did the right thing. Now stroke pencil each right triangle. 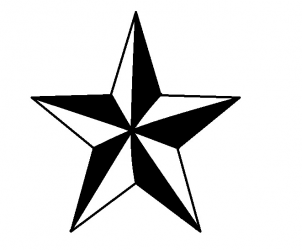 6
Look at your 3d drawing on paper. Now it seems that the star that you were able to draw with this step by step instructions, became three-dimensional.
Is the advice useful?
Подписывайтесь на наш канал