What is the average height of a man

The growth of a person depends on gender, ethnicity, environmental conditions and health status. On average worldwide, the height of people is 165 cm, but in different parts of the world figures can vary by several tens of centimeters. In addition, the average change over time. 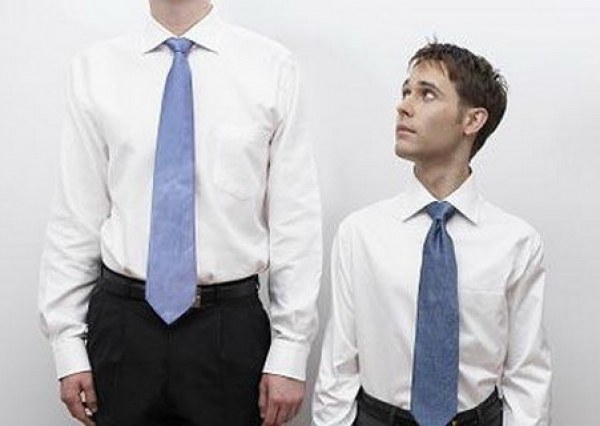 The average height of a man

All people belong to the same species, and they are about the same size, fluctuating within certain rules. The average height of man in our time is 165 centimeters: this means that if you take the growth of all people living on the planet, regardless of their gender, nationality, health status and other factors and calculate the arithmetic mean, you get such a figure.

But in fact growth depends on many factors, the same people do not exist. Thus, gender has a great influence on the size of the body: male average of 10-20 centimeters taller women. Long processes of evolution and adaptation of RAS to particular conditions led to the fact that different races and ethnic groups have different growth. So, the average height of Chinese is 160 centimeters: men – 165, women – 155. The Europeans these figures are higher: about 170 cm on average. And even between different Nations can find the differences: so, the Dutch are among the highest in Europe: in the Netherlands the average height of men is as much as 185 cm and women 170.

Growth depends on environmental conditions. Scientists believe that by improving the quality of life, nutritious food, advanced medicine, genetic progress and other factors, the average height of people has increased significantly over the past few hundred years. Two hundred years ago it was 10 inches less than it is now. Although in ancient times people were about the same as now, decline began in the middle ages. Perhaps in the future the average height of people will change too, but we don't know in which direction.

Deviation of growth from the norm

People for certain reasons may have significant deviation from the average height or normal at a few tens of centimeters. For example, on the banks of the Yenisei lives nation with the smallest average growth in Eurasia – 140 cm. In China in the past was a village with several hundred residents who have been in a relationship with each other: their growth averaged 110-120 cm. But the lowest people in the entire history of humanity were the representatives of the Onge tribe, who lived on the Andaman Islands: they rarely grow higher than 110 cm.

With the increased level somatrope hormone develops the disease gigantism – people with this disease can reach more than 200 centimeters in height and have a proportional body. But there are healthy people with the same height: in the Guinness book of records recorded indicators such as 272 and 257 cm in men and 232 and 227 women.
Is the advice useful?
See also
Присоединяйтесь к нам
New advices