Can you get pregnant using a condom

A condom is not a panacea for unwanted pregnancies. The fact that even the most popular manufacturers do not guarantee the absence of microfracture in the latex during strong mechanical load. 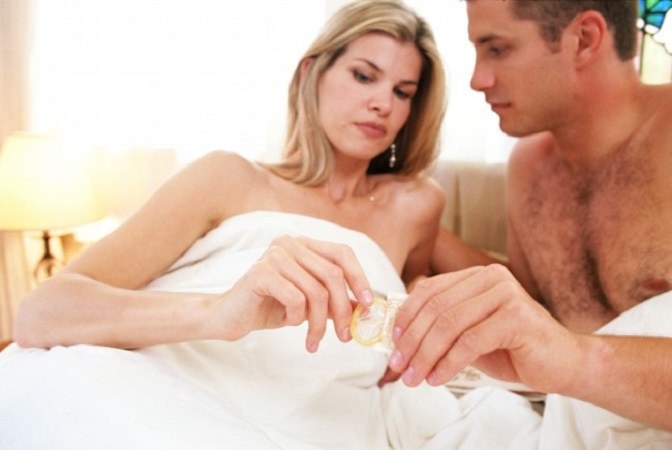 A condom is the best means of contraception?

There is a misconception that a condom is a universal means of contraception that is guaranteed to protect from unwanted pregnancy. In fact, there are a number of reasons why even the most reliable condoms can misfire. In most cases this is due to the lack of basic skills in the use of and casual approach to the protection of sexual intercourse.

The condom is the most affordable and popular means of protection, the main advantage of which is the lack of side effects. However, inexperienced men often do not even bother to see with clear illustrated instructions, afraid to look ridiculous in the eyes of the partner. It is therefore safe to say that getting pregnant using a condom, it's possible.


If partners do not like condoms, you can refer to other methods of protection - oral contraceptives, hormonal injections, candles, intrauterine spirals, etc.

In most cases, condoms are torn due to inadequate lubrication in women and microroastery on the latex, which appear due to increased mechanical loads during sexual intercourse. This is especially true when properly selected size of the condom. We should not forget that latex is a porous substance, and so the short-term stretching can easily become the cause of ejection into the vagina of a small amount of sperm, which will cause an unwanted pregnancy. Before using, you must look at the date of manufacture of the condom, as using expired contraceptives, sexual partners significantly increase the risk of negative consequences.

Even the best and most popular manufacturers of condoms in mandatory electronic testing products do not give consumers absolute guarantees.

Mistakes when using a condom

It often happens that unwanted pregnancy occurs as a result of the assumptions of sexual partners number of errors. The most common of them is the donning of the condom when the "final straight". The fact that the grease men who have the scientific name of predanost may contain a small amount of sperm, which will be enough for conception. So to wear a condom should only start of sexual intercourse, otherwise the meaning is lost in this method of contraception. Sometimes it happens that the condom falls off during intercourse, and remains inside the vagina. This is due to improper use, so inexperienced partners should begin with the study instructions.
Is the advice useful?
See also
Присоединяйтесь к нам
New advices