How to treat a blackened fingernail

Bruised, blackened fingernail is a cosmetic problem that can resolved within six months. To speed up the healing process of the nail, you should consult a doctor about the puncture or removal of the nail plate. 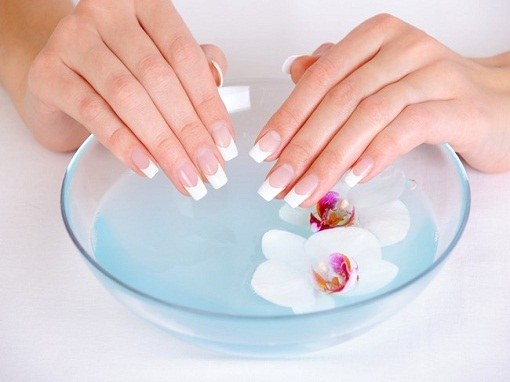 Full or partial blackening of the nail plate is the result of damage to the capillaries. Due to the bleeding nail can turn blue first, and then, when the blood curdle, it will become black. The formation of a hematoma beneath the flap usually occurs due to an impact of a finger of the feet or hands on a solid object. It happens that on the lower limb drops something heavy, and the nail turns black a few days later, when this case people have forgotten.

If areas of darkening of the nail small relative to its area, reason for concern. Over time, the hematoma will resolve itself. If due to bleeding entire nail turned black, then blood flow was disrupted in the damaged vessels of the limb. The final stage of this process will be the rejection of the nail.

In order to avoid swelling at the injury site should be applied iodine mesh.

Is it possible to cure black nails?

If the problem of the blackening added a uncomfortable pain, it indicates high pressure under the nail, and without medical care here is not enough. Replace your damaged nail specialists can't they propose its deletion and recommend treatments that reduce the pain.

The actions of the expert are to piercing of nail treatments, debilitating pressure. After her diseased nail is rejected within one month, and in its place begins to grow another.

If not remove the damaged nail, then it will create obstacles to the growth of the new, or they will grow together. Therefore, the damaged nail plate, the doctor removes along with the roots (under local anesthesia).

How to speed up the healing process of the damaged nail at home?

If you let the recovery of the fingernail on the course, its rate of growth will take from 2 to six months. To speed up this process, you should eat more foods rich in calcium and do regular salt baths.

To prevent a hematoma, a bruised nail can be put under running cold water or applying ice to it.

Due to the action of salt normal pressure at the site of injury, and the blood will be gradually pulled from under the nail. Baths it is advisable to do regularly – every day or several times. Rapid rejection of the patient the nail contributes to its treatment with iodine, which should also be regular.

The process of the withering away of the nail went, and in the following months he will gradually move away until you disappear completely. If the injured finger will no longer be subjected to injury, at the site of dead nail will grow healthy nail.
Is the advice useful?
Подписывайтесь на наш канал