How to add the electrolyte in the battery

To battery always work reliably, follow the level and density of electrolyte in the banks. Evaporating add distilled water to the level of at least 10 mm above the plates. If the next measured density does not reach the specified values, then it's time to refill the electrolyte. 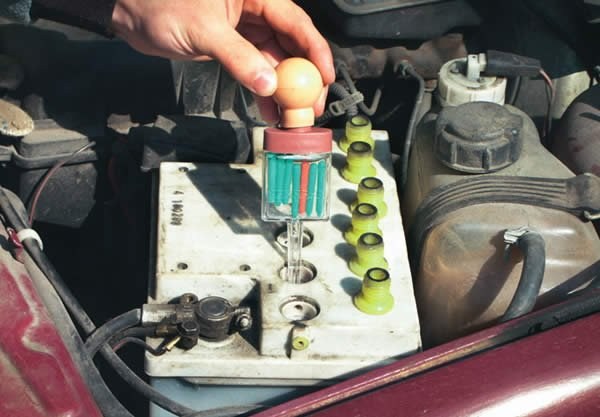 Related articles:
You will need
Instruction
1
Before you finally decide that pour: the distilled water or electrolyte, and perform a full charge with a battery charger. Then use a hydrometer, make the measurement of density in all banks and record the readings on paper. Mark banks, for example, a room and a number of select readings of density, so as not to confuse.
2
If a charged battery electrolyte density in some banks, different from the norm (1.25 – 1.29 g/CC), so it is necessary to make adjustments with increased density is necessary to increase the proportion of water; in the case of low value – add electrolyte or a solution of sulfuric acid.
3
If the density of the electrolyte in the Bank in the normal range, and the level dropped below the level of the battery case or the measurement using a glass tube less than 10 mm, just add distilled water.
4
If some Bank density below the critical value (less than 1.20 g/CC), take away from it with an enema solution and pour into a measuring Cup. Record the reported amount, pour the electrolyte in the prepared glass dish.
5
Based on the values of the table, fill the beaker with the required amount of electrolyte with high density and using the same enema pour into the jar. In case of a large difference in the decrease of the density it is better to use battery acid with a density of 1.40 g/CC bring the Required level with distilled water. 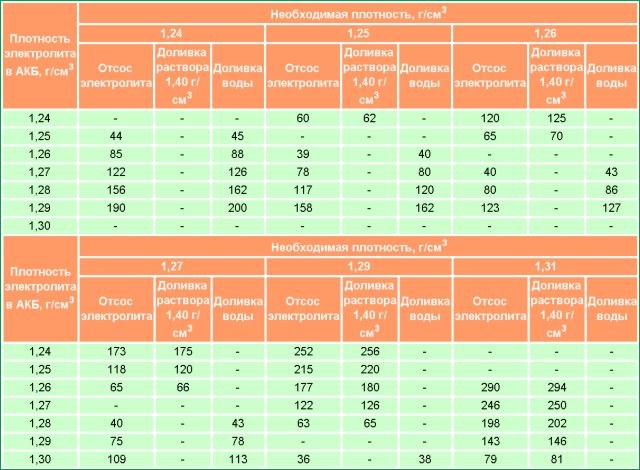 6
Increasing density in all banks on roughly the same level, put the battery on a short charge and the solution mixed. Measure again the density and if necessary repeat the operation.
Note
When the transfer vehicle to winter operation the density of the electrolyte in the battery should lift, when you return in the summer to lower.
Useful advice
The need for topping up of the electrolyte can occur because of its banal spill. So always watch out for the loose battery on the regular place.
Is the advice useful?
See also
Присоединяйтесь к нам
New advices