How to increase the density of the electrolyte 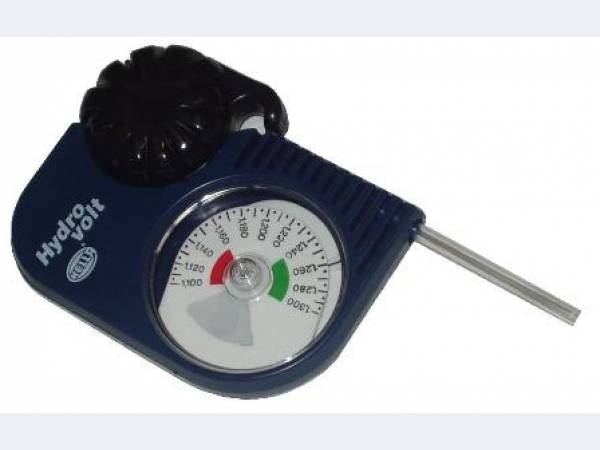 Related articles:
You will need
Instruction
1
Recharge and reinstall the battery. Across the terminals of battery connect the autotester, is included in the voltmeter. The shape arrow should be in the yellow zone. The multimeter should show a voltage of 11.9 to 12.5 volts.
2
Start the engine, print it revs to about 2.5 thousand. min. Measure the voltage at the battery terminals. When checking the shape using a voltmeter, the arrow should be in the green sector. The multimeter should show a voltage of 13.9 to 14.4 Volts. If the voltage is not changed, hence, there is no charging current and the car is in need of repair, and the battery is charging. Charge the battery with current (in Amperes) 10 times less battery capacity (Ampere*hour) for 10 hours. The next 2 hours charging produce current (in Amperes), smaller than the battery capacity (Ampere*hour) 20 times. For example, when the battery capacity is 60 amp*hours in the first charge current equal to 6 amperes, the second is 3 amps. (The second mode is the equalization is used to equalize the density of electrolyte in all banks of batteries).
Charge the battery until the start of intensive gas release in all banks.
3
If testing on the vehicle with the engine running the voltage at the terminals of the battery is raised above 14.4 V volts, then the relay controller of the car is faulty and in need of repair, and the electrolyte in the battery is constantly much boiled away. So in such cases, the electrolyte literally spills and add to the batteries to equalize the level of the electrolyte only distilled water, nothing surprising in the low density of the electrolyte no. In this case, fully charge the battery and align the density of the electrolyte in the banks, collecting old and weak electrolyte and adding fresh. Do this operation only on a fully charged battery, check the voltage at the terminals, which is switched off and disconnected the charger should be 12.7 Volts.
Is the advice useful?
See also
Присоединяйтесь к нам
New advices